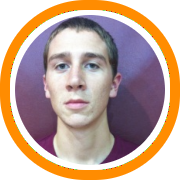 Of all the talented players on Northfield Mount Hermon’s roster no one rose to the occasion more than post-graduate swingman John Golden at last weekend’s National Prep Showcase.

Golden showed not just his trademark athleticism in the open floor but also a rapidly emerging skill set as he knocked down open threes, one dribble pull-ups, and made his way to the rim with two bounces.

With two strong performances on the weekend, Golden’s recruitment was starting to spring to the next level but on Monday he turned away his increasing attention for an opportunity to play in the Ivy League when he made a verbal commitment to Dartmouth head coach Paul Cormier.

Golden visited Dartmouth officially two weeks ago and returned on Monday so that his parents could see the campus.  Golden and his family also had the opportunity to meet Dartmouth President Jim Yong Kim, who spoke to them about the college and his aspirations for building a championship caliber basketball program.

“John had an incredible visit with President Kim and came away believing that this is a president who is really getting behind his coach and his program and John is really excited about that opportunity,” Northfield Mount Hermon head coach John Carroll said.

"I think that conversation especially really just kind of did it for me," Golden said.  "I mean meating with the coach, the president, and my family.  I don't think a lot of other places would do that."

"Coming in with a brand new coaching staff and a president that is committed to building the program, I don't think you can get much better than that."

Golden is the latest in a long line of Ivy bound NMH’ers, becoming the 11th in the last four years and already the third in the class of 2011, joining Joe Sharkey and Armani Cotton who committed to Brown and Yale respectively.

“John is a terrific kid and a phenomenal athlete,” Carroll said, “and I think he is really going to be an impact player for Dartmouth.”