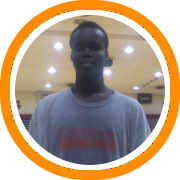 Another year and another group of talented players have moved on to the prep ranks. Kaleb Joseph, Kevin O’Connor, Mike Lombard, Tate Jozokos and Richard O’Brien have all made the move from the NHIAA to prep school. While those players will be missed by their old schools, there is still plenty of talent in the NH’s public schools. The class of 2011 is one of the deepest, more talented classes the NHIAA has seen in recent years.

The NHIAA also changed the naming of its divisions. Instead of the old format of Class L, Class I, Class M and Class S they are now called Division I, Division II, Division III and Division IV. This was a good move, as many were confused as to which ‘class’ was bigger than which. Here is a look at some of the favorites:

Bishop Guertin – Last year Guertin had the most talent in the state. But they lost in the semi-finals to Winnacunnet. This year they again have the most talent, so can they win it all this time around? We’ll have to wait and see, but with a dominant 1-2 scoring punch in seniors Connor Green and Sean McClung and a pair of talented junior transfers in Brad Holler (transferred in from Exeter) and Logan Kesty (transferred from Trinity) who can also score in bunches they’ll be a tough out. This is a very deep and talented team that will be able to play at a fast pace.

Manchester Memorial – Memorial was already expected to be a top 8-9 team in the division. Then the best player in the state transferred to their school and just like that they are title contenders.  David Madol is now at Memorial after playing his first 3 years at Trinity. He will team up with athletic and explosive wing Shomari Morgan to give the Crusaders a duo that will be very tough to stop. Look for Memorial to be a fast-breaking team, with Madol and Morgan getting many easy baskets in transition.

Manchester Central – Central was a very young team last year, with John Wickey being the only player with really any varsity experience. But the whole team is back now, and they’re all juniors and seniors. Wickey is perhaps the best big man in the state, and has really developed a nice all-around game. His sidekick is junior guard Gabe LaCount, who continues to get better and impress with his ability to score and compete on both ends. Also returning from a knee injury is senior point guard Joe Stisser.

•  Trinity loses Madol plus 2 other transfers and they graduated  a couple of key seniors. Only at Trinity could you lose all of that and still be a top 4 team. Sharpshooter Zach Stevens returns from knee surgery and is joined by Silvere Aluko, Mabor Gabriel and Travis Descoteaux among others in a lineup that is once again loaded with talent.

•  Merrimack graduated a number of quality seniors, but they return sophomore guard Dimitri Floras.  Floras was a big reason for the team increasing their win total by 10 last year. They also have a breakout candidate in junior Tyler Gendron and a talented freshman in Eric Gendron.

•  Dover is always tough defensively, and they return a formidable inside-outside duo in Morgan Faustino and Kenaan Al-Darraji.

•  Pinkerton is the defending champs, and while they graduate all-state center Zach Mathieu they return enough key guys off last years team (Alex Patrikis, Chad Park and Chris Light) to make another run.

•  Nashua North might be a year away as their roster is loaded with juniors, but even this year their back court of Javon Williams and Ryan Gauthier will simply be too much for many teams to handle.

•  Manchester West will once again be a fast, athletic team. Watch out for Samy Abdalla, Quinton Hunter, Jose Gonzalez and Aaron Martin who can all get up and down the floor and  make plays.

Milford – The big story in the NHIAA this season is that not only is Milford the hands down favorite in Division II, but if they were in Division I they would also be the favorite there too. This team is just stacked, as there is a very good chance that their entire starting lineup will be playing college basketball next year. It used to be the “Big 3” but now it’s the “Big 5” with Mike O’Loughlin, Jamie Holder and Mike Mitchell being joined by Kyle Nelson and Scott McCallum to form the most talented lineup in NH. If they lose a game this year it will be a shocker.

•  Portsmouth was the only team to beat Milford last year, and they return preseason all-state wing Kyle DiCesare who scored 20+ points both times the two teams met. Also watch out for junior point guard Kamal Walker, a transfer from Worcester.

•  Pembroke is one of the youngest teams in the state, with 3 freshmen, 2 sophomores and just 1 senior in the rotation. But make no mistake, they once again have plenty of talent and quickness, led by guards Rene Maher, Matt Persons and Patrick Welch.

•  Souhegan has 3 returning starters in Seth Cordts, Devin Gilligan and Ryan Redmond who are all capable of going for 20+ on a given night.

•  Oyster River has a strong inside game with Adam Goodwin and Alex Hennessy and a much improved guard in Chris Walker.

•  Pelham is hurt by the departure of Mike Lombard who is now at Proctor, but they still have star wing Steve Spirou who has already scored 1,000 points and is hungry to get back to the title game.

•  Coe Brown is also a team on the rise, with a trio of players who are all much improved and can all score in bunches with Skyler Mitchell, Dan Lang and Krystian Lucey.

•  Berlin is the favorite, as they return 4 starters and 7 of their top 8 players from a team that made it to last year’s title game. Junior forward Curtis Arsenault is a Player of the Year candidate.

•  Bow is also a contender, as they move down from Division II to Division III and also return 4 starters from a team that made it to the quarterfinals last year in D-II. Watch out for their senior back court of Connor Hill and Erik Michaud.

•  Conant has won 5 titles in a row, as they have built a dynasty in this division. They graduated their 3 best players, but look for 6’5” senior forward Ezra Hodgson to become the new main guy.

•  Mascoma has a tournament-test roster and is led by all-state forward Conner Torrey, who is one of the state’s most underrated players.

•  Raymond could be this year’s surprise team. They didn’t even make the playoffs a year ago, but with Joe Morin, Kevin Paynter, Jordon Richard and Jeff Lang they have a strong nucleus of talented scorers.

•  Newmarket has been a D-IV contender every year since moving down from D-III a few years ago. They’re led by senior guard Adrian Edgerly who had a breakout season a year ago.

•  Wilton-Lyndeborough is always a tough team, and this year they have a strong inside-outside duo of forward Steven Heck and guard Aaron Davis.

•  Moultonborough is once again expected to have a strong team, and they have a star player of their own in 6’5” forward Marcus Swedberg.

•  Pittsfield has the best division’s best prospect in 6’8” center Ben Hill who should dominate NH’s smaller schools, and they also have a more experienced back court.

To read more of Jeremy's input and analysis about New Hampshire high schools sports check out his blog at www.nhnotebook.com