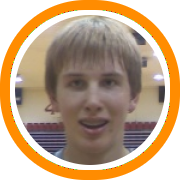 Trinity High School, 7-1
Last year’s runner-up was undefeated before being knocked off by Manchester Central on Friday night.  But with Jordan Laguerre, Cormac Fitzpatrick, Richard Madol, David Madol, Peyour Guguai, and Zach Stevens they have the talent to be right there in the end.

Manchester Central High School, 7-1
Nashua South handed them their first loss of the season early last week, but then they bounced back with a huge win over Trinity.  Head Coach Doc Wheeler and point guard Will Bayliss will have them ready for the stretch run.

Pinkerton Academy, 7-1
They own good wins over Salem and Exeter, but still have a very challenging upcoming schedule with tests against Manchester Central, Nashua North, and Trinity all on the horizon.

Exeter High School, 6-2
The addition of freshman point guard Mike Thorpe has helped to elevate them into the upper echelon of the state.  But they still may be a year away as they’ve struggled in match-ups with Trinity and Pinkerton.

Salem High School, 6-2
The defending champs split their first four games of the season and have since rattled off four in a row as it appears Josh Jones n’company are beginning to hit their stride.

Manchester Memorial High School, 5-3
They’ve been up and down all season.  The high point came in a 19 point win over Salem, while the low point was a 3 point loss to Londonberry.

Dover High School, 5-3
Senior forward John Boyatsis leads the way for a Dover squad that has won four of their last five.

Manchester West High School, 5-3
They were playing very good basketball early on but have since dropped three of their last four.

Pembroke Academy, 10-1
Pembroke was sitting atop Class I by themselves a week ago before their undefeated season came to a halt at the hands of Oyster River.

Pelham 10-1
Justin Hojlo is one of the top individual talents in Class I and he’s helped Pelham jump out to a 10-1 start to the season.

Portsmouth  8-2
Now that they’re back at full strength they’ve got plenty of fire power with John Mulvey and George Tsourgranis leading the way.

Oyster River 7-2
After suffering a 15 point defeat to Pelham, they bounced back last week with an impressive victory over Pembroke.

Monadnock Regional 8-3
The defending champs have taken some lumps early but with Nicco Demasco under the boards, they’re still among the favorites.

Conant is off to an 8-1 start as they look to repeat in class M.  But they’re actually tied for second place at the moment as Stevens is 8-0 and Somersworth also 8-1.  Campbell (7-1) and Franklin (7-2) also appear to be contenders.

Groveton is off to an 8-0 start while Moultonborough (7-1), Curtis Williams and Newmarket (8-2), and Lisbon Regional (7-2) are all giving chase.