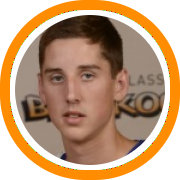 New Hampton big man Tory Miller made a verbal commitment to Colorado on Saturday afternoon, announcing his decision via twitter and giving head coach Tad Boyle one of the best available post players left on the board in the process.

The six-foot-eight big man is entering his second season at New Hampton after reclassifying to 2014 upon his arrival last fall.

A powerful interior presence with good hands and feet to match his strong body, Miller made significant strides during his first season at New England, culminating with a double-double performance against Huntington Prep on national television. He followed that up with a solid showing on the summer grassroots circuit, continuing to run with KC Run GMC and accumulating more and more high-major suitors throughout the month of July.

Below are some of the highlights from Miller’s first season at New Hampton, care of 2eZ Mixtapes: