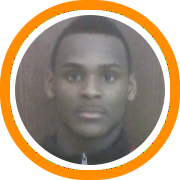 Keegan Hyland, South Portland HS (ME) – Here he goes again…Hyland rattled off his most recent, and perhaps most all around dominating, stellar performance of the year as he went off for 47 points…and South Portland needed all of them to defeat Thornton Academy 70-67

Mick Distasio, Cheverus HS (ME) – The senior sharp-shooter has been a pillar of consistency so far this season and this week only offered further evidence:  26 points on Friday (including 7 three-pointers) and 22 on Tuesday as he topped the 20 point mark for the fifth consecutive game.

Chris Young, Greely HS (ME) – The senior scored 32 of his 36 points in the second half but it still wasn’t enough as Greely fell to Cape Elizabeth 72-64.

Brady Vose, Mattanawcook (ME) – He dominated both inside and out as he scored 37 points including 5 three-pointers, but also pulled in 8 rebounds on Wednesday night.

Jamal Coombs, Alex Oriakhi, & Gerard Coleman (NH) – The “Big Three” were all dominant in their own right as Tilton scored a huge win over class A Winchendon to stay undefeated.  Coombs had 23 points, 10 rebounds, 6 assists, and 4 steals; Oriakhi 20 points, 12 rebounds, and 7 blocks; and Coleman 22 points, 3 assists, and 3 steals.

Pucci Angell, LaSalle Academy (RI) – He showed his all around game en route to a 32 point performance making threes, pulling up off the dribble, and getting to the rim, but ultimately it wasn’t enough as LaSalle fell to Cranston East.

Demir Smajovic, Essex Junction HS (VT) – The talented junior had another strong outing as he had 27 points, scoring in a variety of ways in a hard fought 68-61 loss to Rice.

Clancy Rugg, Burlington HS (VT) – The senior forward rang up a double-double scoring 25 points and hauling in 11 rebounds in a 73-38 thumping of Colchester High School to improve to 12-0.

Sam Brigham, Montpelier HS (VT) – The junior guard had a bit of a coming out party as he poured in 33 points to lead his Montpelier team to a 81-77 win over Lyndon Institute.

Mick Kelly, RHAM HS (CT) – The sharp-shooting sophomore recorded a career high 27 points in an 80-48 victory over conference rival Plainville.  This was his third consecutive game topping the 20 point plateau.

Jason Pierre, Christian Heritage (CT) – Pierre scored 24 points, including the 1000th of his career, in a victory over Chase Collegiate.

Darius Watson, New Britain and Jakari McCallop, East Hartford (CT) – The two junior forwards locked up in a classic 1 on 1 battle as McCallop earned 26 points, 10 rebounds, and 3 blocks while Watson had 31 points, 8 rebounds, and a crucial three-pointer late in overtime that helped New Britain seal the 72-64 win.

Allen Harris, Catholic Memorial (MA) – He went for 40 points against Brockton showing his trademark mid-range game as well connecting on a couple of three-pointers.  He made a series of clutch shots including a three-point play late, but ultimately it wasn’t enough as Brockton won 87-85.

Jaymie Spears, Georgetown HS (MA) – The explosive sophomore guard had three impressive performances last week.  First it was 22 points in a 62-34 win over Triton Regional, then it was 18 in a win against Lynnfield, and finally it was a whopping 36 as Georgetown defeated Pentucket 70-63.

Ellis Cooper, Northampton HS (MA) – Cooper had 29 points and 16 rebounds leading Northampton over Chicopee which vaulted them into second place on the Western Massachusetts Division I standings.

Robert Lewis, Fenway HS (MA) – Fenway needed a boost to survive St. Clement in double overtime and Lewis provided it as he scored 36 points and went 5-5 from the free-throw line in the second OT to help Fenway win 85-83.

Lance Greene, Lexington HS (MA) – Greene put points on the board in a variety of ways as he knocked down four three-pointers, showed his mid-range scoring touch, and also got to the rim en route to a 29 point performance in a 73-64 win over Stoneham.

Jaliel Langston & Darius Carter, Dorchester HS (MA) – There couldn’t have been a more potent 1-2 punch as Langston had a triple double (33 points, 10 rebounds, 10 assists) while Carter went off for 42 points leading Dorchester to an overtime win over Brighton.

Jeff Amazon, Charlestown HS (MA) – Two of his game high 24 came at just the right time as Amazon knocked down the game winner to lead Charlestown over Madison Park 77-75.  Amazon credited NBA star Kobe Bryant to the Boston Herald saying he was trying to mimic the shot fake he had seen on TV the previous night.