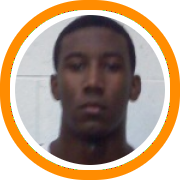 Player of the Week – Jordan Williams, Torrington High School
Just when we think he can’t play any better…he does.  A week after becoming Torrington’s all time leading scorer, Williams broke the school’s single game scoring record with 52 points against Naugatuck.  Making the story even more interesting is the fact that the game had to be stopped with 2:26 remaining in regulation after Williams shattered the backboard with a two handed dunk for his 46th & 47th points.  A day later, the two schools would finish the contest and Williams would add another 5 points to help Torrington win 92-70.

Player of the Week – Keegan Hyland, South Portland High School
Despite being the primary focus of the opposition’s defense, as he is virtually every night, the junior went for 39 points in a 56-51 win over Portland, including the 1000th of his career.  He was 19-20 from the free-throw line in the process.

Player of the Week – Hanell Velez, Woburn Regional High School
Velez went for a career high 43 points and 7 three-pointers on Wednesday night, senior night at Woburn High School.  25 of those points, including 5 three-pointers, came in the first half, 14 more came in the 4th quarter to lead his team to a 62-54 win over Reading.  His 43 points made him the second all time leading scorer in Woburn history.

Player of the Week – Jordan Laguerre, Trinity High School
In a rare test for Trinity, they got all they could handle from Dover earlier in the week.  Laguerre was the difference in the game as he scored 27 points showing his explosive offensive ability.  Trinity went on to win 58-51

Player of the Week – Pucci Angell, La Salle Academy
He started the week by scoring 21 points, knocking down five three-pointers, handing out 7 assists, and grabbing 6 rebounds facing a box and one defense against Chariho.  Then, Angell went for 39 points in a win over Exeter-West Greenwich as he connected on 8 of his 11 attempts from behind the three-point line.

Player of the Week – Kyle Callanan, Mount Anthony Union
The junior point guard had three consecutive impressive performances this week.  First, he scored 16 points, grabbed 8 rebounds, and handed out 7 assists in a 60-49 win over Hartford on Friday night.  Then, a night later, he poured in 31 points, including five three-pointers, in a 73-52 road win at Essex.  Finally, Tuesday night he scored 21 more points as MAU scored their third consecutive win, this time over Hoosick Falls High School 57-48.