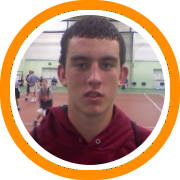 Massachusetts was the talk of New England in week one of 2010 as they produced a number of top performances.  Here is a look at who shined over the last seven days.

Players(s) of the Week
We recently came across some incredible performances from last week that we didn’t get wind of before publishing our Notable Performers of January 1st, and while we are not in the habit of going backwards, these two performances were too dominant to ignore.

Robbie Burke, Hoosac Valley:  Burke went off for maybe the most amazing stat line that we will see in New England all year long when he scored 40 points and grabbed a whopping 30 rebounds in a win over Wahconah.  He followed that up with 34 points, including the 1000th of his career, in a 63-61 win over Monument Mountain.

Zach Hurynowicz, Burlington High School: Hurynowicz dropped 45 points on previously undefeated Reading, leading Burlington to a 75-60 win.  That feat was good enough to set the bar as the current MIAA single game high for this season as well as a school record for Burlington.  For the year the junior point guard is now averaging an incredible 24 points, 11 rebounds, 9 assists, and 5 steals.

Player of the Week – Chris Braley, Nokomis High School:  Nokomis couldn’t get a win this week, going 0-3 but Braley continues to put up some big time numbers.  He went for 34 points and 14 rebounds against Rockland, 25 & 13 against Lincoln, and 24 & 13 against Leavitt.

Player of the Week – Ben Hamill, South Kingston High School:  Hamill put up a huge number on Tuesday night as he scored 47 points, including eight three-pointers, to lead South Kingston Over Chariho 86-65.

Player of the Week – Eric Feehan, Brady:  During a relatively quiet week of high school basketball in the state of New Hampshire, Brady’s Eric Feehan provided some dramatics as he capped off a 28 point performance by drilling a game winning three-pointer with two seconds left to sink Kennett.

Player of the Week – Ben Ferris, Essex Junction High School:  Ferris led Essex to a major upset over top ranked Burlington High School this week, scoring 22 points and playing even with BHS star Joe O’Shea.  Ferris followed that up with a 21 point performance over Spaulding.

Player of the Week – Josh Turner, Sacred Heart High School:  The senior swingman opened his week with 33 points, including 11-13 shooting from the free-throw line, and 6 assists to lead Sacred Heart over Seymour 68-55.  He followed that up with another 29 points on Tuesday as Sacred Heart pounded Watertown 70-33.