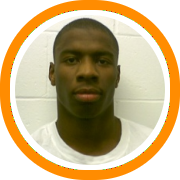 The sixth edition of New England’s Notable Performances features over 75 players as we recap the action from the last week.

Player of the Week – Alex Francis, Holderness School:  Francis opened the week with 28 points in a 92-70 win over Vermont Academy and then poured in 37 to lead Holderness to a big win over Proctor 73-67.

Player of the Week – Zack Graves, Ellington:  How about this stat line from a recent 101-78 win over Stafford: 50 points, 19 rebounds, and 9 blocked shots.  Not only is Graves the only player in the CIAC to hit 50 this year but he was one block away from the triple double as well.

Ryan Woumn, Lynn English – Woumn was the difference in the battle for Lynn, scoring 32 points in a 91-84 win over Lynn Classical, including 5 free-throws down the stretch of the last minute.

Player of the Week – Harry Rafferty, Berwick Academy:  The sophomore point guard led his team to two big wins this week.  First he had 18 points, 9 rebounds, and 8 assists in 67-55 win over Landmark.  Then he came back with 26 points and 11 assists in a 71-55 win over Chapel Hill.

Player of the Week – Michael Palumbo, Classical High School: Palumbo went off for 41 points earlier in the week as Classical knocked off Central 94-86.  The senior guard connected on 15-18 from the free-throw line as well as four three-pointers.  Later in the week Palumbo kept it rolling as he gave Shea 28 more points.