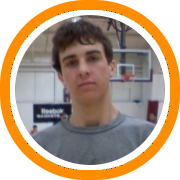 With the National Prep School Invitational set to get underway tomorrow at the University of Rhode Island we needed to cut our week of headline hunting a little short and bring you this week’s notable performances a day early.

While the Ocean State will certainly be the focus of the end of the week it also stole the show in the beginning of the weak as four different players earning triple doubles and St. Andrew’s head coach Mike Hart claimed the 300th victory of his career on Wednesday over Tabor Academy.

Player of the Week – Tom Deciantis, North Kingston: The senior swingman finished with a triple double in Friday’s 74-64 win over Cranston West with 19 points, 13 rebounds, and 10 assists.  On Wednesday he scored a team high 15 points to lead North Kingston to an upset win over Bishop Hendricken.

Player of the Week – Steve Spirou, Pelham High School:  Spirou turned in some heroics earlier in the week with a 38 point performance against Whittier Tech from Massachusetts, but it wasn’t enough as Pelham eventually fell in overtime.  But Pelham would bounce back and capture a win over Hollis/Brookline behind 23 points from their senior leader.

Player of the Week – Lucas Hausman, Hopkins School:  The sophomore sniper had a big week scoring a total of 93 points over the course of four games while shooting 19-22 from the free-throw line and knocking down 12 threes.  He scored 23 vs. Christian Heritage on Tuesday, 21 vs. Brunswick on Wednesday, 25 vs. King on Friday, and 24 vs. Green Farms Academy on Saturday.  But he saved his best for last as he went for 38 against Hamden Hall on Tuesday including 4 threes and 6-6 from the stripe.

Player of the Week – Greg Kelley, Newton North High School:  While Newton North was unable to pull out a victory against Brockton it wasn’t for lack of a dominant performance in the middle as Kelley went for 39 points and 18 rebounds.  A few days later Weymouth would be the victim of Newton North’s vengeance as Kelley would again stand out with 28 points and 12 rebounds.

Player of the Week – Alexander Harris, Bridgton Academy:  The California native tied a school record when he connected on nine three-pointers in a single game as Bridgton fell to St. Thomas More 95-87.  He came back and scored 21 points the next day to lead the Wolverines to a 64-51 win over MCI.