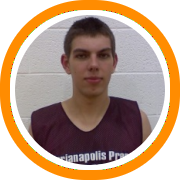 With state tournaments beginning to get underway our final notable performance listing of the year features just over 75 talented players from around New England.  Here is a look at who stood out:

Player of the Week – Gedas Bertasius, Marianapolis Prep:  Marianapolis was on a roll over the last week claiming big wins over Brimmer & May, Ocean Academy, and finally Tilton.  Bertasius had his finger prints all over each as he scored 11 points while grabbing 5 rebounds and handing out 5 assists vs. Brimmer, had 26 points and 8 rebounds vs. Ocean, and 28 points (including 20 in the first half) and 7 rebounds against Tilton

Player of the Week – Nich Jobin, Westbrook High School:  The senior big man scored 25 points in a 68-47 win over Gorham on Friday and earned recognition as the SMAA League MVP later in the week.

Player of the Week – Eric Alleyne, Brimmer & May:  The senior guard played the some of the best basketball of his career last week as he dropped 26 points on Marianapolis while handing out 8 assists, had 21 and 7 in a win over Milton Academy, and 29 and 9 against Proctor Academy.

Player of the Week – Alex LaRosa, Salem High School:  LaRosa poured in 40 points, setting a school record with nine three-pointers in the process, as he led Salem to a dramatic double overtime win over Alvirne 75-72.

Player of the Week – Michael Carter-Williams, St. Andrew’s:  The junior guard earned Most Outstanding Player honors at the National Prep School Invitational going for 36 points in a hard fought loss to Westwind Prep from Arizona and then dropping 37 on MCI on Sunday to lead the Saints to a win over the class A program.