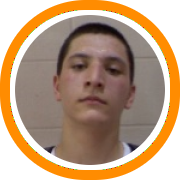 Player of the Week – Rodney Beldo, Scituate High School
The junior point guard poured in a game high 38 points including the game winner as he sank a runner in the lane to lead his 4th seeded Scituate team to a win over top seeded Wareham in the Division 3 Semi-finals.  Earlier in the week Beldo had 18 points and 10 assists in a win over Cardinal Spellman.

Co-Player of the Week – Heyden Palozej, Stafford High School
The senior guard scored 52 points in a 75-63 win over Enfield including 5 threes and 15 free-throws.  The win allowed Stafford to finish in third place in the NCCC.

Co-Player of the Week – Jordan Williams, Torrington High School
Williams scored 47 points while pulling down 20 rebounds and picking up 5 steals in a win over Sacred Heart in the NVL semi-finals.  In the finals, Williams scored 52 points but it wasn’t enough as Crosby won 77-72.

Player of the Week – Ethan Smith, Cranston West High School
Smith scored a game high 28 points in a losing effort to cross-town rival Cranston East on Friday night.  He opened the play-offs with a 31 point performance to lead his team to a victory over South Kingstown.  Smith also connected on six three-pointers in the game.

Player of the Week – Jon Goldberg, Rice Memorial High School
The senior point guard put his team on his back as they scored a huge upset over Burlington High School to capture the division I state championship.  Goldberg nailed a pull-up jumper from the short corner to force overtime and then scored 10 points in the extra period to earn the win.  He finished with 21 points, 8 rebounds, and 6 assists.  On the season, he averaged 17 points, 9 rebounds, 8 assists, and just 1 turnover.  He also finished with 997 points for his career.

Player of the Week – Ian Barwise, Thornton Academy
Barwise scored a team high 19 points, including a dagger three-pointer with just under two minutes to play as Thornton Academy claimed the class A state championship.  This was Barwise’s second consecutive state title having earned a Golden Ball last year with Cheverus.