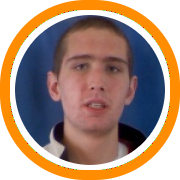 The last time the New England Recruiting Report published a list of the best shooters in the region it was September of 2007.  By ranking the top 15 shooters as well naming 11 others on our honorable mention list, we sparked a passionate debate among our readers.  This year we hope to do the same thing, so please feel free to post your own thoughts within our forum.

There are a lot of things that go into being a great long range shooter, not just the accuracy with which a shooter converts from behind the arc.  There are several other questions to consider:  how far is the shooter’s range; do they have a favorite spot or are they are equally effective from any place on the floor; how quick is their release; are they a standstill shooter or can they make shots coming off screens; can they shoot off the dribble or just off the pass; how hard or they to guard or in other words can a good defender prevent them from getting their shot off.

With those questions in mind here is a look at some of New England’s top shooters.  This year we have expanded our list to a top 25 along with almost 18 more who just missed the cut.

#25 Mike Accaoui – He’s been in a little slump to start the year but that won’t last long.  When he gets hot he knocks shots down from all over the floor.

#24 Josh Jones – New Hampshire’s best marksmen, Jones can fill it up from the perimeter quicker than anyone in the NHIAA.

#23 Cody Mivshek – Perhaps the best shooter on arguably the best shooting team in the NEPSAC, Mivshek has both a quick release and deep range.

#22 Mike Burwell – The 6’6” New Jersey native has been taking and making shots for years against top level defenders.

#21 Steven Glowiak – He’s a tad streaky but his range is very deep and when he gets hot there is no stopping him.

#20 Justin Rake – Not only is he virtually automatic when his feet are set but he’s diversified his attack enough to make defenders pay for poor close-outs.

#19 Tucker Esborn – Has good size, high release point, and pure stroke, but he probably attempts fewer threes than anyone on the list.  Should be shooting 5 or 6 per night.

#18 Robert Harrigan – Southpaw’s savvy and shot making ability earned him starting spot at STM.  He’s starting to speed up his release which is needed at such a high level of competition.

#17 Givon Crump – His mechanics are unorthodox to say the least and his ball has more arc on it than anyone’s as it seems to almost hit the ceiling.  But the 6’7” 2-guard can get it off whenever he wants.

#16 Kyle Stockmal – Shoots it with range and has perfected making shots off fade screen (toughest screen in game to shoot off of) thanks to Watertown’s offensive sets.

#15 Sam Martin – Shot making was a big reason why Yale pulled the trigger this summer as he knocked down 8+ threes in a single game on 3 different occasion in July.

#14 Laurent Rivard – Big time shooter has been very consistent since arriving at NMH.  Once he gets his legs into his shot and improves his preparation he’ll be sure to move up.

#13 Denzel Brito – Pound for pound as skilled and efficient an offensive player as you’ll find and it begins with his ability to make shots as that opens up opportunities for his penetration.

#12 Mike Stys – Has as fluid a release as you will find and it doesn’t matter if he’s spotting up, coming off screens, or pulling up off the dribble.

#11 Blake McLimons – His size and shooting stroke were the reasons why Michigan pulled the trigger this fall, but he’s still getting used to the pace and physicality of class A competition.

#10 Joe OShea – Lefty sniper from Vermont seems soft spoken off the court but is a killer on the court.  He’s smart, tough, and loves to take the big shots.

#9 Mick Distasio – Maine’s top marksmen has the size (6’4”), court vision, and outstanding passing ability to keep defenders honest…but they ultimately have to pick their poison as a lone defender typically can’t keep him from getting off downtown.

#8 Tucker Halpern – 6’8” forward has diversified his offensive attack in last year and ultimately that only makes him more dangerous from behind the arc.  Arguably the region’s best spot up shooter.

#7 Malik Smith – He’s instant offense off the bench as he has the rare ability to come into a came cold and immediately begin to rain long range bombs from the perimeter.

#6 Austin Carroll – His mechanics are the purest in the region and when he gets the looks he always delivers.  But beware of bad close-outs as he may be New England’s most underestimated passer.

#5 Derek Retos – Range is ridiculous and you gotta love the shooter’s swagger he brings to the court with him.  He’s also become less predictable in the last year as his ability to attack close-outs and make plays inside the arc has made him much more efficient.

#4 Alex Miller – His range is just plain stupid as it begins about 8 feet inside of half-court…literally.  “J.J. Reddick” as we like to call him is still just a sophomore but he’ll likely sit atop this list before his career is done.

#3 Shabazz Napier – It’s one thing to be a great shooter who can make shots in every which way, but it’s something altogether different to go for 10+ three-pointers in a single game on a consistent basis…and that’s exactly what Napier did this summer with his Metro Boston squad.

#2 Keegan Hyland – His morning workouts have become the stuff of legends as he supposedly gets up at 5am every day and makes 600 jump shots.  The end result is that he’s virtually automatic when his feet are set, just as good off the dribble in the mid-range area as he is behind the arc, and absolutely tearing up the competition to start the season in Maine.

#1 Mike Marra – He was #4 on the list last year and in truth he has gone through a couple of slumps in the last 12 months.  But there are two things that set him apart from virtually everyone else on this list.  First, he is as gutsy of a shooter as you will find as he covets the big shot.  Second, his size, athleticism/elevation on his shot, and quick release allows him to get his shot off with more consistency than anyone else.  That’s not to say it’s always a good shot…but he wouldn’t be the shooter he is today if he had any type of conscience.  And as we’ve said before you can’t discount his play to start the season as the major reason why NMH is off to the start they are.