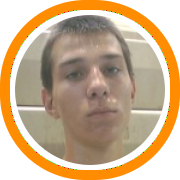 In the last two years the New England Elite 75 Showcase has established itself as the region’s premier showcase.  The invitation only field welcomes the best players from all six New England states.  This year’s roster will include the likes of Erik Murphy, Alex Oriakhi, Jamal Coombs, Mike Marra, Jordan Williams, Carson Desrosiers, Evan Smotrycz, Thomas Knight, and many others.

Games will begin just after 5pm as the participants look to impress the wide range of media outlets in attendance.  A small sample of those who have already committed to attend include:  Tom Konchalski and the HSBI Report, ESPN.com, Scout.com, Hoop Scoop Online, Hoopville.net, and of course the New England Recruiting Report.