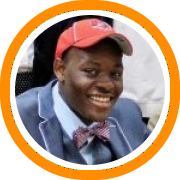 With four leagues down and two to go, today we preview the year to come in Class C of the NEPSAC.  Here’s a look at some of the top contenders:

Wheeler – Almost a year removed from the school’s first league championship since 1990, the Warriors return 7 of their top 9 players from last season and look to build on last year’s NEPSAC semi-final appearance. Junior Aidan Wright and senior Nate Balcom will lead the crafty and defensive-minded Wheeler team through an enhanced non-league schedule against several Class C contenders.

Pingree – They return almost everyone from a team that advanced all the way to the NEPSAC finals a year ago.  Led by the gritty leadership and defensive play of point guard Johnnie Spears, as well as the consistent play of seniors Kyle Lentini and Connor Reardon, Pingree should once again be in the running for the Class C title.

Hyde – The Wolfpack are once again among the top contenders in Class C this season. In addition to Rider-bound big man Kenny Grant, Hyde has added transfers Damon Gomes and Dexter Thompson from LaSalle Academy in Providence. With a tough non-league schedule, Hyde will be well prepared for a strong run in the NEPSAC Tournament.

Providence Country Day – Highlighted by sharp-shooting senior guard Tom Horvat and sophomore Joe McNamara, PCD will once again be a tough out for fellow Class C competition. The Knights are known for their offensive consistency and strong guard play. Look for them to make some noise this year in NEPSAC play.

Greens Farms – The reigning Class C champions will have to compensate for the losses of Sean Obi and Hunter Eggers among others, but may have just the pieces to do it.  All FAA senior Matt Tate returns to run the point while junior Zach Baines will anchor the team on the defensive end.  Freshman big man Sunday Okeke is poised to make an immediate contribution as if junior Jim Djema.

Winchendon – The Big Green have a lethal one-two punch to rely on in senior guard Malique McLaren and sophomore forward Baris Ulker.  The six-foot-six Turkish native could be on the verge of a breakout season while McLaren has taken his game to new levels within the last year as well.  If they get dependable play out of their supporting cast, they’ll be a factor come March.

St. Luke’s – Ami Lakoju may very well be the best kept secret in New England, but don’t expect that to be the case for too much longer.  The six-foot-nine big man has already signed a National Letter of Intent to attend Fairfield on a full scholarship next season, and should be expected to quickly assert himself as one of the most dominant big men in all of Class C this season.