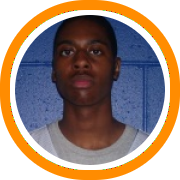 St. Mark’s and Lawrence Academy have met in the Class C Championship game in each of the last two seasons.  Lawrence claimed victory in 2007 and St. Mark’s evened the score last year.  This year could very well turn out to be the grudge match with both programs poised for another successful season.  But here is a look at some other schools hoping to play their way into contention.

Holderness has built a winning tradition and this season looks to be more of the same as Alex Francis and Curtis Christian give head coach Tony Mure a potent inside-out duo to build his offense around.  They’ll take on all challengers as they will lock up with the likes of Brewster, New Hampton, Exeter, and Tilton this year to name a few.

Speaking of 1-2 combinations, few are quite as tough as Tucker Halpern and Derick Beresford.  Nobles will rely on their trademark man to man defense to rattle opponents while Halpern and Beresford will put plenty of points on the board.

Middlesex has three very distinct strengths: a potential star in the making in Rod Odom; one of the most consistent and dependable interior players in Scott Anderson; and one of the league’s best coaches in Jamie Gallagher.  That should be enough for them to win plenty of games this season.

St. Sebastian’s has one of the ISL’s best backcourts with Cory Willis and Bentley bound Greg Jacques.  Expect them to get up and down the floor in a hurry and be very difficult to pressure.  Frontcourt play will be the key if they hope to challenge the big guys.

This squad may be somewhat young and undersized, but there is unquestioned talent.  Senior Devin Dillard has generated a good amount of recruiting interest while 6’4” junior guard Jamil Ebo is a name college coaches will come to know.  Sophomores Tylon Smith and Adam Schrecengost should be ready to make immediate contributions while sharp-shooting freshman Zach Restifo is a player to keep an eye on as well.

With skilled big man Adam Marshall, attacking swingman Luis Alvares, and junior Wes Clark in the backcourt, Governors has the talent and balance to continue their winning ways.  Also don’t underestimate the depth of this team as they have been known to get significant contributions from guys flying under the radar.

David Gibbs is no longer in West Simsbury, but the Master’s School should still be plenty formidable.  Dan Guest is a newcomer who should be able to step in and put up immediate numbers while seniors Josh Mills and David Maturah will also be counted on heavily.