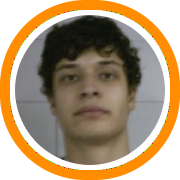 Gone are the days when Class B was a two horse race.  This year there is depth and talent at a variety of schools and no less than four programs who are legitimate contenders to win the whole thing come the first weekend in March.  The race is simply too close to call with different programs holding different advantages.  The way we see it St. Andrew’s has the experience, Marianapolis the depth, Tilton the star players, and Cushing the guard play.

We begin with the two time defending champions St. Andrew’s.  As we said when we visited their gym last month, when you’ve won back to back championships you have to be considered the favorites until someone knocks you off.  And while Rakim Sanders is gone to Boston College, Mike Culpo appears poised to take the reigns as Coach Mike Hart’s go to guy.  Brian Hanuschak and Mike Accaoui also appear poised for big years, while Nyheem Sanders is an excellent talent who will be as good as he wants to be.  Ndubisi Ezeigwe and Russell Deremer will hold down the paint offering a more than capable frontcourt tandem.

While the experience factor has to go to St. Andrew’s, Marianapolis Prep likely holds the league’s best depth.  The perimeter trio of Corey Wright Jr., Nikoal Vukadinovic, and Mike Myers-Keitt is extremely talented.  They have a little bit of everything as Wright can break his man down off the dribble, Vukadinovic shoots it with deep range, and Myers-Kiett thrives in the open floor.  Coming off the bench is another sharp shooter in Tom Henneberry along with versatile wing player Toso Adebamowo who can play a multitude of positions.  But Coach Dave Vitale’s group is no slouch inside either with players like Aaron Strothers, Reuben Cabrea, Eric Callo, and Ryan Lehane all capable of providing quality minutes.  With at least 9 players on the roster who are bound to play at the college level, Marianapolis may simply be able to wear opponents down with their seemingly endless rotation of talent.

While Tilton may not have Marianapolis’ depth or St. Andrew’s experience, no one else has a trio that can compare to that of Alex Oriakhi, Jamal Coombs, and Jamal Turner.  But in order for Tilton to win it all, the onus is ultimately going to fall on Oriakhi.  The 6’9” big man has all the talent and athleticism in the world, and if he plays with the mindset to dominate each game like he is capable of, there is simply no one to stop him.  New Hampshire’s version of the big three will be aided by sharp-shooting guard Dave Aquilino, versatile power forward Teddy Bridgman, and athletic guard Dominic Scurry among others.

When it is all said and done often times the team with the best point guard is the one that ends up victorious.  If that is the case then don’t count out Cushing Academy.  They may be young, but they are extremely talented.  It all begins with floor general Phil Pressey, whose feel for the game and ability to make those around him better is simply off the charts.  If that weren’t enough he has also filled out physically in the last year and developed the first class work ethic to bring his game to an even higher level.  Older brother, Matt Pressey will play the other guard spot and is likely to lead his team in scoring as he knows how to put the ball in the hole, while sharp-shooter Robert Aery lines up on the other wing.  Junior Kevin Barr will lead a young frontcourt as Head Coach Barry Connors will also be counting on two freshmen in Domonique Bull and James Kennedy.

While these four teams may be the early pre-season favorites anything can happen during the course of a season, so here are some other programs that could make a lot of noise this season.

Proctor Academy – Very few people are talking about the Class B finalists from two years ago, and that may be just what they are hoping for.  But those who overlook Head Coach Gregor Makechnie’s team will likely pay the price as they are talented and eager to get back to the top.  5’9” senior point guard James Cormier sets the tone with his hard-nosed play.  While he is a pass first point guard he is also plenty capable of putting points on the board in a hurry.  6’7” forward Matt Williams and 6’0” guard Nick Aiken are two other returning players expected to contribute.  6’6” Marko Radovic is a newcomer who is expected to produce in a big way while 6’2” post-graduate Travis Curley is a very good shooter who is looking forward to being reunited with Cormier after having played together earlier in their careers.

Salisbury School – Head Coach Jeff Ruskin’s team may have their most talented group in years.  They return three starters in 6’5” junior small forward Jamual Bryant, 6’4” junior guard Jarrid Bryant, and 6’2” junior forward Chase Richey.  The Bryant brothers should be ready for break out years as they are long, talented, and athletic.  Salisbury also welcomes four extremely talented newcomers to the mix in:  6’5” post-grad swingman Demetrius Porter from Boca Raton, Florida; 6’4” post-graduate shooting guard Garrison Gross will has a great stroke from downtown; 6’0” point guard Devon Dace; and 6’6” forward Brock Sorensen.  Ultimately, they may be as athletic as any team in New England.

Hotchkiss School – Jason Morris was one of the most talented freshmen in the region (and the entire nation) last year, and after a year of maturing physically he appears poised to dominate this year.  But he will have plenty of help as there is another fabulous freshman in the mix this year in Alaskan native Derrick Wilson.  While the youngsters are incredibly talented there are also two sharp-shooting upper classmen on the perimeter in 6’1” junior guard Kellen Cade and 6’5” post-graduate small forward Gary Robinson.  Hotchkiss will contend this year and should grow into one of the region’s favorites in future years with Morris and Wilson.

Choate Rosemary Hall – All five starters are gone from last year’s team, but with four post-graduates joining the field along with repeat sophomore point guard Luke Matarazzo hopes are high in Wallingford.  The post-grads are led by 6’4” swingman Mike Ryce who is a high flying athlete who just finished starring on the gridiron while 6’5” small forward Kyle Kesses, 5’10” point guard Nick Justiz, and 6’0” guard Divyesh Rathod have all been generating high levels of recruiting interest.  A trio of seniors will be depended on for leadership in 6’2” forward Mike Bozzi, 6’0” guard Matt McCullough, and 5’10” guard Johnny Ball.  Juniors Phil Opamuratawangse and Roy Collins will also play important roles.  With five newcomers joining the mix the group will have to gel quickly as they open against St. Andrew’s on Friday.

Kimball Union Academy – KUA snuck up on some people last year and was sitting atop the class B standings late in the season.  While the Tracey brothers have moved on to Bentley, Cam Sutton is back to run the point.  The New York native is an exciting lead guard who can break his man down off the dribble at any time.  Regardless of personnel, you can bet that as long as Head Coach Murray Dewdney is at the helm then KUA will be a team to be reckoned with.

Cheshire Academy – Big man Ed Zayjac is gone to Quinnipiac, but Cheshire is still dangerous.  Offensively, they are in good shape as junior guard Nino Greer can create a good deal of scoring opportunities for himself and others.  They should also continue to be a powerful team in the open floor as they return a very athletic group of players who can smother the opposition with their full court pressure and score points in bunches.

Loomis Chaffee – Year in and year out Loomis is right at the top of the Founders League, and this season should be no different.  Senior guard Patrick Meggers is a skilled player and excellent perimeter shooter who leads the cast of returning players.  With a couple of talented newcomers joining the mix this will be a typical Loomis team that executes, defends, and shares the ball.

Taft School – Taft is coming off one of their most successful seasons in recent memory.  They were the champions of the Tri-State League, co-champions of the Founders League, and semi-finalists in the Class B tournament losing a hard-fought battle to Marianapolis Prep 64-57.  This year, Tyrone Hughes and Pat Antoine are two newcomers that are likely to hold down the backcourt, while Rob Daley will provide size and strength in the middle.