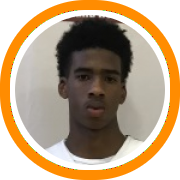 Last week, we took an early look at how Class AA of the NEPSAC was shaping up. Today, we extend that lens to focus on Class A. The league is characterized by terrific depth this season and so competition should be at a premium, both to qualify for the post-season and then to see who ultimately proves victorious. Here’s a look at some of the league’s top programs.

Avon Old Farms – Coming off one of their best seasons in recent program history, in which they won the Founders’ League championship, Avon has picked up this season right where they left off last winter. They’re off to a 5-1 record thus far, with their lone loss coming at the hands of defending AAA champions NMH, and are still playing without junior big man Filip Petrusev, who is expected to be one of the best big men in the league once returning from injury. Another Serbian native, post-graduate forward Luka Vasic, has been an immediate star for AOF while another post-graduate, Tyler Washington, has provided them with a similarly immediate impact player in the backcourt. Raheem Spence, Brandon Arnold and Kenny Aruwajoye all return from last year’s team ready to take on increased roles this year while freshman David Petrusev, a third Serbian native on the team, is already playing rotation minutes as well. Put it all together and this could definitely be the year they contend for the Class A title.

Kent School – Don’t be fooled by their 4-3 record to start the season, Kent isn’t just loaded but they are testing themselves early with arguably the toughest schedule in the league to date. Their losses came to NMH and Vermont Academy, the defending AAA and AA champs respectively, in addition to a road game at The Hill School in Pennsylvania, after advancing to the finals of their holiday tournament. Kent has two players already committed to division I schools in point guard Jordan Burns (Colgate) and forward Randall Brumant (Columbia). Fellow post-graduates Brandon Horvath and Jerry Ben should double that total before the season is out. Burns might end up being the most impactful guard in AA this season and is a guy who can put the team on his back if needed. Brumant is a high level athlete inside while Horvath is a premier three-point marksmen and Ben a potential rebounder and rim protector in the paint. Drew Richardes, Miles Gordan, Nick Fontanella and Austin Lavitt form the supporting cast.

Loomis Chaffee – The Pelicans are off to a 6-1 start with convincing wins over AA foes like St. Andrew’s, MacDuffie and Bradford Christian. They lost a close game at home to Avon Old Farms, but figure to be among the top contenders when it is all said and done. The team returns a pair of impact juniors up front in Nelson Boachie-Yiadom and Jake Glezen, but has also added highly talented sophomore Jaiden Delaire to the mix as well as 6-foot-10 junior Adeleke Karera. A trio of post-graduates sets the pace on the perimeter with Reggie Gardner (N.C. Central), Jesus Cruz and Brennan Morris. While the team may lack a true point guard, Gardner and Cruz have proven themselves capable of sharing the ball while Morris continues to be a top floor spacing threat from behind the three-point line. Simply put, this is as good of a Loomis team as we’ve seen in a long time and with their frontcourt all returning next year the program is clearly on the rise.

Phillips Exeter Academy – Exeter goes into break with a 2-2 record after getting their last two games at the Seacoast Classic snowed out. With two NEPSAC championships in the last five years, and another trip to the finals last year, the Big Red have proven they’re always among the contenders in Class A. This year’s squad may not have quite as much depth as we’ve seen in the past, but their first five is as good as anyone’s. Javante McCoy (Boston University) and Kyle Copeland (Holy Cross), both post-graduates, in addition to senior captain Mitchell Kirsch (Claremont McKenna) form one of the best backcourts in the league. Jacob Grandison, a post-graduate from Calfornia, and junior forward Ben Eckstrom will lead the way on the interior while Ben Swett, Brian Zhao and Emmett Shell should also see important rotation minutes. This team will need to stay healthy but possess a great equalizer in their ability to makes threes in bunches.

Suffield Academy – Now in their third season in the Class A ranks, Suffield Academy has reached at least the semifinals in each of their first two seasons since moving up a league. This year’s team appears poised to continue that trend, having opened the season with a 5-0 record including a road win at Exeter. They boast perhaps the deepest roster in all of Class A this season, but also have great continuity with Garrett Stephenson, Tyreek Scott-Grayson and Griffin Kornaker all being seniors who have come up the ranks with the program. Stephenson gives them a polished low post scorer, Scott-Grayson a long and athletic wing and Kornaker a highly skilled guard. Post-graduate center Manny Chukwu gives them one of the league’s few rim protectors while junior forward R.J. Mhoon is a high motored athlete up front and post-graduate forward Matt Redhead is a versatile southpaw forward. Post-graduate guard Byrce Butler, sophomore Nkosi Cooper and freshman Jalin Sinclair join Kornaker and Scott-Grayson to complete the perimeter rotation. Collectively, they’re a group that can come at you in waves and play with the same toughness and intensity that the program has been known for in recent years.

Williston Northampton – The two-time defending Class A champions are essentially starting from scratch after losing their head coach and ten members of the class of 2016, but first year head coach Ben Farmer has already made it clear that they are still a program to be reckoned with. Duncan LeXander (Presbyterian) and Branislav Terzic (Hartford) give them a pair of D1 post-grads while the additions of Mike Mahoney in the middle with Kyle Henseler and Spencer Danforth in the backcourt appear critical early on as well. Alex Bzdel and Caleb Cost should also get important minutes for a club that looks like it will be scrappy and well coached on both ends.

Milton Academy – They’ve built the program from the ground up and have the league’s best individual talent in junior guard Cormac Ryan. He leads a group that is still very young, but will continue to get better as the season goes on and likely prove themselves capable of beating anyone. A pair of other juniors, Cameron Shockley and Thomas Urquhart, will need to join Ryan to help provide stability and leadership along with senior Blair Xu. This is nonetheless though a team that will need consistent contributions from their underclassmen, specifically the sophomore trio of Dan Schlakman, Rhett Carter and Marc Dolgin.

Trinity Pawling - Class A's New York based representative is off to a 5-1 record and has the depth and talent to be a factor in the post-season picture. Post-graduate guard Luis Cartagena is a lefty scorer and playmaker who is already making a big impact. He'll be supplemented by a talented junior class in Nikkei Rutty, Sam Peek, Korey Lee and Beau Smith while Kevin Salis and Jonathan Girard provide leadership in the 2017 class.

Tabor Academy – If history tells us anything it is that Tabor Academy is going to play hard and compete virtually every time out. Senior big man Akim Sanni provides an athlete with evolving face-up skills in the middle while the sophomore backcourt of Noah Fernandes and Chris Herren Jr. are already putting up big numbers and could be on the verge of being the best perimeter duo in the league in coming years. While that trio will play starring roles, they’ll need a supporting cast comprised largely of multi-sport athletes to step-up and make consistent contributions to secure their latest post-season birth.

Taft School – The Rhinos are off to a 4-2 start, including a perfect 3-0 in NEPSAC play, heading into the break. Senior guard Darius Chester has been playing at a high level to start the season while the addition of Moses Poelking has provided one of the most naturally talented big men in the league. Zavier Rucker, Shamir Johnson and Connor Printz will team with Chester to provide a talented perimeter unit that will play continuously spaced around the German native in the middle.

Choate Rosemary Hall – A difficult opening schedule coupled by some early injuries has plagued Choate early, but they’re a program that should ascend following the holiday break. Owen de Graaf (Stonehill), Sunny Piplani (Bates) and Caden Dumas give them good size in front while post-graduate wing Nick Fennell provides explosiveness and a boost of scoring on the wing. Colin Donovan (Trinity) and incoming junior Brad Landry lead the backcourt.

Belmont Hill – The dynamic duo of David Mitchell and Jovan Jones have been playing heavy minutes since they were underclassmen but are now poised to take Belmont Hill’s program to a whole new level as upperclassmen. Mitchell is a powerful lefty who can score in bunches and plays extremely hard while Jones is a long and athletic wing who recently rejoined the team after being out with illness.

Phillips Andover – The Andover program is undoubtedly heading in the right direction and has a bright future on the horizon. James Lewis is fit to assert himself as one of the league’s top frontcourt pieces while fellow 2017 products Kailan Lee and Andrew Reavis should steady the backcourt. Freshman Dallion Johnson is already putting up big numbers and will be the bridge to the program’s future.