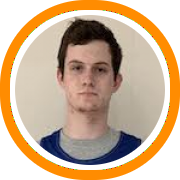 For the last several weeks, we’ve previewed some of the top prep programs in New England. With the season now in full swing, we’ll take looks at each of the respective NEPSAC classes (AAA preview here), beginning with the deepest in all of New England – Class AA of the NEPSAC.

Making the post-season is a major accomplishment in Class AA as the league is ripe with teams featuring scholarship level prospects atop their roster.

As we’ve said all fall long, things are wide open. The defending champs, Cushing Academy, have one of the league’s best players but an otherwise young roster.  The 2016 champions, Vermont Academy, likely has the best combination of talent and experience along with the top ranked prospect in New England. Last year’s runner-up, Tilton, seems to have their individual pieces fit together as well as anyone and are guided by the league’s best true point guard. St. Andrew’s is a definite contender with a dynamic one-two punch and a ton of size while MacDuffie is young, but has as much sheer talent as anyone. The new kids on the block, South Kent, have hit some early bumps in the road but are likely to be contenders before it’s all said and done.

That’s six teams that have legitimate championship aspirations, and if they all play to their potential then only two post-season spots will remain available. It’s hard to imagine Cheshire Academy not capturing one of those spots given their depth and experience. Worcester Academy is still young but notably improved from a year ago. Kimball Union is the sleeper of the league while Gould Academy and Wilbraham and Monson are as well-coached and competitive as anyone.

Here’s a look at some other clubs that could play the role of spoiler as the season goes on.

The program has been gradually ascending in recent years and now has pieces in place to be truly relevant in the AA hunt. Ronnie Silva, who is already committed to Adelphi, is one of the most skilled and exciting guards in the league. Post-graduate forward Abdul Ajia is an athletic and versatile forward who has come on strong within the last year and now looking to prove himself against this level of competition. Fellow post-graduate Javon Taylor provides a multi-positional player with great versatility and work ethic while Isaiah Holmes is another solid piece in the 2018 class. No one has emerged more in the class of 2019 in recent months than Gob Gabriel as Wenyen’s little brother is experiencing a similar surge both in terms of a late growth spurt as well as the evolution of his game. Head coach Rob Currao also has a solid young base in the program with Joey Merrill and Jordan Santos in the sophomore class.

Tom Nelson has the hardest job in the league – to compete with a collection of boarding schools committed to basketball with no beds and obviously less resources. To his credit, he comes into the season every year knowing he’s fighting that uphill battle but with the focus squarely on the development of his players. The results are indisputable as Reeves’ consistent evolution over the years has led to one of the most dangerous scorers and top prospects in New England. Jimmy Yfantopulos has made equally huge strides and gone a long way towards maximizing his potential. Jordan Minor is only in his first season with the Gators but his recent improvements are no less obvious as he teams with Stone McLaren to give the team a solid interior duo.

Kevin Wiercinski has retaken the helm of the program and has the team off to a quick start with wins over both Wilbraham & Monson and Lee Academy to start the season. The team has a deep and talented frontcourt led by Travell Washington and Martin Mann, two players who remain uncommitted despite having picked up D1 offers along the way. Lawrence also also has a pair of future college football players who could have easily played college basketball in Joey Luchetti and Thomas Greaney. The key to the team though will lie on the perimeter where sophomore Spencer Aronson is a valuable addition but won’t be able to do the job alone. In short, their frontcourt is as good as anyone’s, and if the backcourt stands the test of time they could surprise some people this season.

If Nelson’s job is the hardest in AA, then Tobias Ceasar’s is second. He too has to try to compete without boarding, which is a monumental handicap in this league. Nevertheless, Ceasar has assembled the program’s deepest and most talented roster in years. There are at least 10 college basketball prospects at Master’s this year including a deep class of 2018. Senior big man Nadir Dixon-Thompson has made nice strides from last year as too has Tahj Brown, a long slasher and defender on the wing. Post-graduates Camryn Givens and Austin Jones, a graduate of nearby St. Paul’s Catholic, provide versatile players with good size to boost the line-up. Junior guard Ben Eke returns as an already established leader of the club while fellow juniors Rakesh Tibby and Harrison Warnock are both expected to make immediate contributions, Tibby with his inside-out tools and Warnock as a knockdown three-point shooter. Taleon Martin is one of the most talented sophomores in New England while Cairo McCrory is one of the most explosive athletes in the class of 2020. Shawn Scott is another solid young prospect while Quron Zene is a man among boys in the class of 2021 and Andre Johnson another talented youngster in that freshman class.

There’s no denying they lost a lot last season following the graduation of their big three but the cupboard is far from bare for head coach Gregor Makechnie. Bol Akot and Jonathan Aku, two of the best freshmen in New England a year ago, are both going to have to take on big roles this year as sophomores, especially Akot who is already one of the best underclassmen playmakers in the region. Proctor also returns Darion Jordan-Thomas, an extremely bouncy junior who will be a nice compliment to Aku along the frontline. Mykel Derring joins Jordan-Thomas in the class of 2019 and provides another high level athlete on the wing. Post-graduate Ian Krishnan is probably the best player that most local fans haven’t heard of yet as he’s tough, gritty, and skilled. Together, that first five gives Proctor a fighting chance every time out.