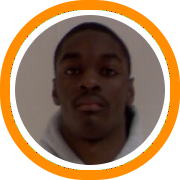 Findlay College Prep is a tremendous high school basketball team, completely deserving of their #4 national ranking in the current USA Today Poll, and probably deserving of an even higher ranking.  But if Findlay is one of the best three or four teams in the country, then St. Mark’s has to be in the top ten.

The defending NEPSAC Class C Champions gave the Las Vegas powerhouse everything they could handle on Saturday night before eventually falling 80-76.  Not only was the game one of the weekend’s most competitive, but it was played at an extremely high level.  Both teams are sound and disciplined defensively, share the ball and execute on the offensive end, and have rosters with multiple high-major prospects.

While the first 30 minutes of action was both well played and entertaining, the real drama began about midway through the second half.  Findlay had opened up a 12 point lead and looked poised to pull away, but St. Mark’s wouldn’t go away.  They continued to fight back and slowly chip away at the lead, and with each basket that brought them closer to evening the score, the crowd grew louder.

With under a minute to play Findlay led by just five.  Findlay’s D.J. Richardson came streaking down the lane with the ball in transition, with Dave Johnson being the sole transition defender.  Richards took off and literally elevated over the top of Johnson.  But Johnson held his ground, took the contact (albeit from the lower portion of Richards’ legs) and drew the charge.  On the following possession, there was a scuffle for a loose ball under the St. Mark’s basket until Nate Lubick got a hold of it and converted a nifty reverse lay-up to cut the lead to three and bring the hometown crowd to their feet.  But unfortunately for the locals, that would be as close St. Mark’s would ever get as they wouldn’t score for the remainder of the game.

Nate Lubick and Erik Murphy both played like the stars they are for St. Mark’s.  Lubick showed he could score inside against anyone in the country as he converted 12 of his 15 attempts from inside the stripe en route to scoring 27 points and pulling down 9 rebounds.  After being sidelined for the majority of the first half with foul trouble, Murphy was assertive in the second, both with his back to the basket and facing up and going to the rim.  He finished with 21 points.  Xavier Bradley, already pledged to Texas, led Findlay with 28.

Lee Academy and St. Thomas opened action on Saturday morning in a match-up of two New England powers.  Lee Academy was able to open up a double digit lead in the first half, and although STM made several mini-runs throughout the rest of the game, they were never able to retake the lead.  Lee was led by explosive junior forward Maxie Esho who scored a team high 14 points including a thunderous dunk on a baseline drive where his elbow was literally above the rim.  Anell Alexis once again paced the Chancellors with 15 points.

MCI played a tremendous first half as they controlled the tempo of the game and were consequently able stay within striking difference for the first 20 minutes.  But Patterson’s full court pressure proved to be the difference in the second half as they were able to force MCI into some turnovers and spark their transition offense.  Nevertheless, it was still a bit of a coming out party for Martino Brock as he finished with a game high 21 points while also picking up 6 rebounds from the wing position.

After a closely contested first half, Hargrave was eventually able to pull away in the second.  UMass bound swingman Freddie Riley again showed New England fans what they have to look forward to as his silky smooth offensive repertoire was on full display for Patterson.  Hofstra bound guard Yves Jules was the star for Winchendon as he used his tremendous athletic ability to get to the rim and make plays en route to a 16 point performance.

Notre Dame bounced back from a disappointing performance in day one of the showcase to earn a commanding win over a very good Massanutten team.  Defense was the key as Prep took away the open three-point looks that MMA thrives on and forced them into 18 turnovers against just 9 assists.  Kenny Stewart impressed college coaches with his 15 point performance as he showed his ability to stretch the defense with his shooting range and be active on both ends of the floor.  Mohammed Lee and Sean Kilpatrick controlled the perimeter as both were extremely proficient with their dribble drive games.

In what was certainly the biggest upset of the showcase to date, Fork Union defeated the second ranked prep school team in the country, Brewster Academy.  Fletcher Arritt’s squad showed great resolve as they bounced back from a lopsided loss to Northfield Mount Hermon only a night earlier.  They showed tremendous discipline handling Brewster’s full court defensive pressure and were also able to force the defending NEPSAC champions into just 19% shooting from the floor.

South Kent dominated the action and looked very disciplined and enthusiastic under first year head coach Kelvin Jefferson.  The Cardinals guarded hard on the defensive end, shared the ball offensively, and did a nice job of spreading the shots around in their ten man rotation.  Jackie Carmichael led the way with 14 points while junior Majok Majok was also a force inside.

Bridgton Academy completed an impressive weekend with a commanding win over Champlain St. Lambert.  Jamal Crook impressed with his ability to get in the passing lanes and be disruptive on the defensive end, as well as an obvious knack for scoring the ball in the mid-range area.  Justin Rake made positive contributions off the bench for the second consecutive day burying shots from behind the arc and being capable enough with his dribble to attack poor close-outs.

Unfortunately a major officiating error down the stretch took the attention away from what was otherwise a very well played game between two quality teams.  Mark McLaughlin was tremendous as he was silky smooth scoring the ball from all spots on court.