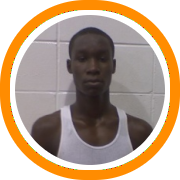 The National Prep Showcase tipped off on Friday at Albertus Magnus College in New Haven, Connecticut.  The day’s festivities included some dominating performances, down to the wire games, and highlight reel plays.

STM’s season began on a positive note with a dominating performance.  The Chancellors owned the glass and utilized their pressure defense to open up a commanding second half lead.  Five players scored in double figures led by Bryon Allen with 20.  Dominique Langston and Matt Conway both shot the ball well to finish with 16 a piece.  This game also featured two of the top young big men in the field with St. Thomas More’s Andre Drummond and Lee’s Keith Coleman.  While both young post players showed some flashes, Trahson Burrell was the underclassmen who stole the show.  Burrell made a number of athletic plays around the rim, demonstrated an improved shooting stroke, and the ability to take the ball off the glass and start the break.  Richmond Vilde led the way for Lee with 16, showing his patented face-up game while UMass bound forward Maxie Esho added 14.

The best game of the day was a clash between two of the top programs in the country.  Hargrave held an 8 point lead going into the half but Notre Dame came out of the locker with steam.  The game went back and forth down the stretch until Notre Dame held a four point lead with two minutes to go in the game.  That’s when Hargrave guard Lorenzo Brown took over on both ends of the floor.  The N.C. State bound guard couldn’t be stopped coming off the high ball screen and came up with a huge steal and block on consecutive defensive possessions.  He finished with an amazing stat line of 20 points, 11 assists, 6 rebounds, 3 steals, and 2 blocks.  Lamount Samuell Jr. was the star of the day for Notre Dame as he couldn’t be kept out of the paint and was able to either score at the rim or kick to open shooters to the tune of 24 points, 4 assists, and 6 rebounds.

It was the story of two different halves for South Kent.  They opened the game a little sluggish but were firing on all cylinders by the time the second half rolled around.  Sparked by their defensive intensity, the Cardinals were able to turn Mack over and get easy points in the open floor.  The Big East bound duo of J.J. Moore and Russell Smith proved to be a devastating pair, finishing with 29 and 25 points respectively.  Hartford native Danny Lawhorn also played an impressive game and is clearly learning a lot under head coach Kelvin Jefferson.  Lawhorn used his wheels to make plays defensively, got into the lane with his dribble, and found people with his passing to finish with 15 points, 6 assists and 3 steals.

Winchendon put together the most dominant single performance of the day as they swarmed Massanutten in every way possible.  An incredible 13 players saw double digit minutes for the Big Green, with no one playing more than 21.  Akeem Williams played a very solid floor game, scoring within the flow of the offense and making good decisions with the basketball.  Villanova bound big man Markus Kennedy was also solid, scoring 10 points and grabbing 7 rebounds while also showing his trademark passing from the post.  Ultimately it was a complete team victory for Winchendon as they had balanced production all the way across the board.

Two class B teams made their debut appearances in the National Prep Showcase and Wilbraham and Munson walked away having made a nice statement.  While Proctor Academy was no doubt short handed and will certainly be among the league’s premier teams this year, W&M seized the opportunity to showcase their skills to the 50+ college coaches in attendance.  No one was better than Chris Williams who scored a game high 19 points while also making a good defensive showing.  Amir Tarif led the way for Proctor with 11 points and 5 rebounds.

NMH and Fork Union met on opening night of the showcase for the second consecutive year and with similar results.  The first half was back and forth until the final minutes when NMH caught fire from behind the 3pt line.  The second half was more of the same as NMH put their foot on the gas and pulled away.  Laurent Rivard led the way with three trifectas and 16 points while Aaron Cosby, Joe Sharkey, and Hector Harold all knocked down multiple threes of their own.  Sharkey had a strong all around game as he not only made shots but also got on the glass and made several heady plays off the dribble.

Top Five Plays of the Day

Trahson Burrell, St. Thomas More – He consistently soared above the rim – blocking shots, rebounding above the pack, and finishing.  The punctuation mark came when climbing the latter to throw down a one handed alley-oop thrown from 30 feet out.

Lenzie Harrison to Maxie Esho, Lee Academy – Coming down on a 2 on 1, Harrison froze the defense and then dropped a nifty bounce pass back to Esho who finished in style by cocking the ball back and throwing it down with one hand.

Lorenzo Brown, Hargrave Military Academy – Midway through the second half, Brown made a quick spin move to slither past his defender and then in one fluid motion whipped a pass to his teammate for an uncontested lay-up.

Russell Smith, South Kent – Smith streaked down the lane with only one defender left to beat.  He elevated at virtually the same time as his defender, but got up so high he literally threw it down over his unsuspecting challenger.

J.J. Moore, South Kent – It wasn’t one play, but a series of plays, that Moore put together in succession within a 30 second clip late in the second half.  The series included two highlight dunks, and one super smooth crossover.

Over 50 division I college coaches were on hand on Friday including a plethora of local schools as well as a series of high major assistant coaches who made the trip from various locations across the country.  UConn, Wake Forest, Baylor, Missouri, Georgia, UNLV, Marquette, Virginia, Virginia Tech, and Nevada were just a few of the big time programs who were on hand on day 1.  Over 25 members of the national media were also present including representatives of ESPN.com, Scout.com, DraftExpress.com, and many others.