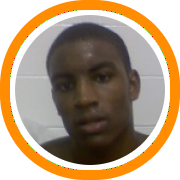 Massanutten shot the ball tremendously well from the perimeter in the first half en route to opening up an 18 point lead.  But St. Thomas More gradually chipped away and made a valiant effort with a late run in the second half.  Unfortunately, however, the deficit was simply too big to overcome.

To no one’s surprise Dan Jennings are Anell Alexis were the primary contributors for STM.  Jennings used his size and power to score virtually every time he was able to establish deep low post position and also to block a number of shots on the defensive end.  Alexis connected on both of his three-pointers and was also smooth scoring off the bounce.

In a game that was competitive throughout the first 30 minutes, Patterson opened up their lead midway through the second half and eventually pulled away from Notre Dame Prep.  Patterson relied on a balanced offensive attack with five players in double figures along with a stifling defense that limited Notre Dame to 29% shooting from the floor in the second half.

Prep was led by James Southerland who scored 13 points on 6 of 11 shooting from the floor to go along with 4 rebounds.

In what was easily the day’s most exciting game, Hargrave scored a dramatic win over Bridgton Academy.  The contest went back and forth for all 40 minutes with neither team able to establish a comfortable lead.  It looked like Bridgton had the game won late when Malik Stith hit a deep three-pointer as the shot clock expired with 10 seconds left to give Bridgton a 75-74 lead.  But Hargrave had one more chance and they would make the most of it.  Coming out of a timeout, they inbounded the ball on the sideline to UMass commit Freddie Riley who drained a fade-away 18 footer to win the game as time expired.

Chris Braswell and Danny Neaman were the real stories for Hargrave as Braswell scored 21 points and pulled down 6 rebounds inside while Neaman made 5 of his 6 shots from the floor to score 13 points while handing out 7 assists against only 3 turnovers.

Stith led Bridgton with 19, including a handful of mid-range pull-ups, while George Washington bound forward Duane Smith impressed inside with 18 and 6.

The Winchendon School scored New England’s first win of the day as they put on a defensive clinic forcing Stoneridge into 27 turnovers and allowing them to only shoot 24% from the floor on the day.

While they were locking up on the defensive end, Winchendon was also spreading the ball around offensively as six players scored at least 7 points, with Sampson Carter being the team leader with 10.

Northfield Mount Hermon shot the ball 40 times from behind the three-point line and connected on a respectable 13.  But more importantly they shared the ball well and limited their turnovers while playing at a quick pace.  Mike Marra led all scorers with 25 points on 8 of 16 shooting from the floor and 6 of 12 from behind the arc.  Hector Harold was a close second with 18 points.

The final game of the night featured the hometown favorites against the #4 ranked high school team in the country.  St. Andrew’s battled admirably, but ultimately couldn’t match up against a team that could very well prove to be the best in the nation before the end of the season.

National top ten player Avery Bradley led Findlay with 19 while five other players scored in double figures.  Youri Dascy did some nice things for St. Andrew’s - banging inside, scoring on the low post, and sticking his mid-range jumper.  Michael Carter-Williams led the team with 15 points as he was aggressive looking for his shot.

College Coaches Seat – Over 75 college coaches were on hand for the first day of the National Prep Showcase including coaches from Louisville, Virginia, Rutgers, St. John’s, Providence, Marquette, UNLV, Oregon State, UMass, and many others.

The National Prep Showcase will resume of Saturday with day two of the action.  St. Thomas More and Lee Academy will get things going bright and early at 9am.