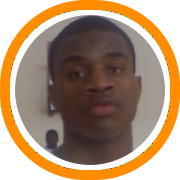 #2 Hargrave Military Academy – Chatham, Virginia
Overall Record 19-1, 47 Points, 2 First Place Votes
They haven’t lost since the first week in December when they fell to Patterson, but nevertheless fall to take over the top spot in the poll.  But there’s no doubt the defending national champions will be ready to go given the opportunity to defend their title in March.

#3 Notre Dame Prep – Fitchburg, Massachusetts
Overall Record 22-4, 40 Points
Despite falling to Winchendon and splitting with Bridgton as of late, Notre Dame still has two big wins over Brewster and another against South Kent.  Johnnie Lacy, James Southerland, and Sean Kilpatrick continue to lead the way.

#4 (Tied) Brewster Academy – Wolfeboro, New Hampshire
Overall Record 17-7, 29 points
They had won eight in a row before dropping a hard fought loss to Patterson last weekend.  But just as things began to turn a corner, Thomas Robinson went down with an injury.  Now it will be up to Andrew Fitzgerald to carry the load.

#4 (Tied) South Kent School – South Kent, Connecticut
Overall Record 17-5, 29 points
They’re playing as well as anyone right now with a 29 point win over Tilton and a 12 point decision over Northfield Mount Hermon.  Kevin Parrom and Omari Lawrence lead the way, but this team’s strength is in their depth.

#7 Winchendon School – Winchendon, Massachusetts
Overall Record 16-7, 21 points
It’s hard to say that there are six teams in the country playing better than Winchendon right now as they defeated Patterson in January and Notre Dame a week later.  This is a team that prides themselves on peaking at the end of the season and they certainly appear to be doing that.

#9 Charis Prep – Wilson, North Carolina
Overall Record 31-3, 10 points
Charis cracks the National Prep Poll for the first time after scoring an upset victory over the Patterson School.  They likely would have been higher up the lift if they hadn’t subsequently fallen at the Forsyth Showcase.  Strength of schedule is also a factor here.

#10 Northfield Mount Hermon – Northfield, Massachusetts
Overall Record 16-6, 3 points
NMH began the season playing as well as anyone but has been up and down as of late.  With Mike Marra, Hector Harold, Laurent Rivard, and company this team has all the firepower on the perimeter to beat any team on any given night.

* The top 8 teams in the final poll of the year will advance to the National Prep Championship to be held on Monday, March 9th and Tuesday, March 10th at Endicott College in Beverly, MA

** Listed records are as of the time voting began in the middle of last week.  Wednesday and weekend games were not considered in this poll.