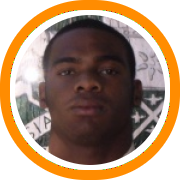 The top two teams have remained the same - although the gap has closed. It's the next two that have made a significant jump due to their play at the National Prep Showcase earlier this month.

1.  Hargrave Military Academy (Virginia):  7-0, 48 points (3)
Kevin Keatts' guards were impressive in wins over Winchendon and Notre Dame at the National Prep Showcase. Damier Pitts (Marshall) averaged 24.5 points in the two wins and Dee Bost (Miss. St.) scored 28 against ND Prep. They got some help up front from Georgetown-bound forward Chris Braswell, who had 24 points and 13 boards against Notre Dame.

2.  Patterson School (North Carolina):  13-0, 43 points (2)
Chris Chaney & Co. traveled to the Northeast and went back home with three wins despite being without four starters. Nate Miles (UConn), Courtney Fortson (Arkansas) and Matt Simpkins were all suspended while Rodrigo Peggau (James Madison) was out with a knee injury. Mathiang Muo (14.7 ppg), Darius Johnson-Odom (15 ppg), Varez Ward (12 ppg) all picked up the slack in in the wins over Bridgton, New Hampton and Brewster.

3.  American Christian (Pennsylvania):  7-0, 38 points
This team has more than just Tyreke Evans - and that was on display in the rout over Northfield Mount Hermon. Evans, who erupted for 32 points in a win over Winchendon, sat out with an ankle injury. However, Jeremiah Kelly (DePaul) scored 22 and Lamont Jones added 21 in the 99-67 victory.

4.  Findlay Prep (Nevada):  7-0, 37 points
The boys from Vegas fared well in their first appearance at the National Prep Showcase, pounding South Kent and also taking care of New Hampton. Junior forward Clarence Trent had 22 points and 13 boards in the win over South Kent while Kentucky-bound guard DeAndre Liggins finished with 21 points, 9 assists and 6 rebounds in the 69-60 win over New Hampton.

5.  Notre Dame Prep (Massachusetts):  6-1, 28 points
The Crusaders got past Fork Union, 75-71, with new coach Ryan Hurd at the helm, before falling on Saturday in a high-scoring affair against top-ranked Hargrave. Kimmie English (Missouri) led ND Prep with 21 against Fork Union and also had 30 in the loss to Hargrave. Duquesne-bound guard Johnny Higgins added 22 in the setback.

7.  Bridgton Academy (Maine):  1-1, 17 points
You've got to give coach Whit Lesure plenty of credit. He hung in there against Patterson and then knocked off Summit Prep. Guard Cardell McFarland scored 21 in the loss to Patterson and finished with 17 in the victory over Summit. Isiah Wallace averaged 13.5 points in the two games.

8.  Winchendon (Massachusetts):  2-3, 9 points
Winchendon Coach Mike Byrnes was without his top big man, John Riek, for the tournament because of a knee injury. He came out with a 10-point loss to Hargrave and a 4-point setback to No. 4 American Christian. Uncommitted wing Larry Anderson averaged 27 points in the two losses and guards Jansy Cruz and Anthony Raffa were both impressive.

9.  St. Thomas More (Connecticut):  2-1, 7 points
Jere Quinn's club came out flat in the first game and lost to Massanutten, but responded with a 15-point win over Lee Academy. Indiana-bound forward Devin Ebanks went for 25 in the win over Lee and uncommitted forward T.J. Robinson added 21. Ebanks also had 27 in the loss to Massanutten.

10.  Harmony School (Ohio):  5-0, 6 points
These guys haven't really played anyone yet, so it's tough to tell where they stand - but we know they have talent with the likes of Terrell Holloway, Cordell Passley, Lonnie Hayes Jr. and Jelani Poston. So far, the wins have come against Carolina Prep, New Creations, Rio Grand University JV, Clark State University and Cedarville University JV.