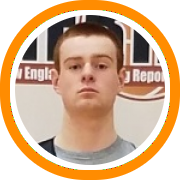 The Middlesex Magic punctuated a huge summer by winning The Prime Event championship in Orlando, Florida on Sunday.

Their undefeated week brought their overall record to 21-1 on the summer including previous championships at both the Hoop Group HGSL and Big Apple Showcase.

This week's victory might have been the most rewarding though as they scored wins over sponsored programs New York Rens (Nike) in the semi-finals and ITPS Wildcats (Adidas) in the finals, both of whom featured nationally ranked prospects.

"I could not be more proud of a group of young men," said head coach and program director Michael Crotty Jr. "So many coaches commented all year about the talent, execution, and unselfish play of our  team, and I think our boys showed their depth and that the whole is greater than the sum of its parts. This team showed unprecedented winning with a 21-1 July record, three championships, and many wins over some of the best teams from every circuit in grassroots basketball. We have had many great players and teams, but this group is certainly one of, if not the best, in our 24 year history as a program."

St. John's Prep graduate and incoming Vermont Academy post-grad Tommy ONeil was named the tournament MVP after finishing with 28 points and 15 rebounds over the Rens in the semis and then 22 and 13 in the finals over ITPS.

2020 guard Tyler Kolek dropped 25 points in the championship game and finished the month with his first two division I scholarship offers along with interest from countless other schools. He was joined in the backcourt by Cole Prowitt-Smith and Mykel Derring, who both hold multiple scholarship offers now as well. Prowitt-Smith took his game to new levels this summer while Derring solidified his status as one of New England's best  shooters.

Another rising junior, Jay Dieterle, stepped up and played a big role this week when Delaware commit Johnny McCoy went down with a groin strain. Dieterle was a double figure scorer in both the semis and the finals and also came up with some huge rebounds on Sunday.

Patrick Mogan had the unenviable task of defending both Kofi Cockburn and Oscar Tshiebwe, both top 50 national recruits and two of the most physically imposing big men in the country, in the semis and finals. He not only held his own but also averaged over 11 rebounds per game as the backbone of the team's defense.

Danny Yardemian, Rhett Carter, and Conor Gibson all made valuaable contributions off the bench as the three  longtime Magic products wrapped up their grassroots careers with yet another championship.

The team finished their season with an overall record of 47-6.