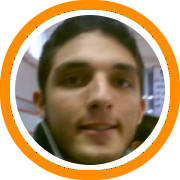 Nationally ranked (6th) Notre Dame Prep went on a 21-2 run midway through the second half to pull away from Cegep de Sainte Foy 101-68..

14 players for ND prep were in the scoring column.

Sainte Foy was led by athletic scorer Odoch Robinson with 33.

BA stretched the lead to 38-26 late in the 1st half, but Sainte Foy, behind their athletic play of Odoch, Konate, Tamba and Ahyi-Sena Sainte Foy, cut the lead to 7, 44-37 at half.

Midway through the second half BA had the lead to 67-46, but Sainte Foy players made plays, hit some big 3’s and battled back before coming up short 82-68.

Notre Dame Prep busted out of the gates in the Sunday afternoon match-up with Lee Academy prep extending the lead to 34-11. Lee Academy held on, down 20 (48-28 ) at half, and re-grouped for a surge of their own in the second half with ND holding on for an 86-82 win.

Notre Dame opened the game with thunderous dunks by Louisville bound Terrence Jennings and beat Lee in transition getting behind the defense for easy scores. Melquan Bolding had a big first half scoring 15 pts getting to the basket or burying the 3. Syracuse bound James Southerland has a sweet stroke and he showed a nice intermediate range jumper, Kim English (Missouri) is another big time player on this squad of big time players.  Johnny Higgins (Duquesne) can score in a number of ways, Ryan Allen had an impressive performance, and Sean Crawford came up big late in the second half scoring 11 to help secure the game for ND.

Lee Academy’s big man 6’9” Aron Walker had a break out game scoring 17 of his 23 in the second half. He has a nice touch around the basket and as he learns to bang and battle for boards, he will attract more attention. Colorado bound Nate Tomlinson got to the rack or made the right pass to propel Lee back into the game. Larry Grant hit 4 – 3’s in the second half and scored 18 of his 21 in the second half.