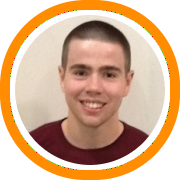 Sitting shoulder to shoulder across one of the sidelines, coaches watched as the two clubs put their seventeen-and-under teams through a series of transition drills and skill-work before playing full five on five games.

The New England Recruiting Report was also on hand.  Here’s who we came away impressed with:

Joel Berroa, Central Catholic High School – There was lots to like about this guy as his size and athleticism was impressive on the wing, his skill set far better than the last time we saw him, and his defensive game as steady as ever.

Derek Collins, North Andover High School – He may not have the prototypical release to his jumper but he’s been able to make shots in bunches since day one on the high school scene and it was more of the same tonight as Collins showed his ability to put points on the board.

Marcus Faison, Cambridge Rindge & Latin – A powerful presence on the interior with a sneaky southpaw tool set around the rim, Faison utilized his long arms and strong body to do work in the paint with both his scoring and rebounding.

Joe Flannery, Acton-Boxborough Regional High School – A versatile forward with a strong body and good motor, Flannery is heading to Taft for a post-graduate season next year and already hearing from a variety of different schools on the recruiting front.

Alex Kim, Arlington High School – A solid athlete with a cut-up frame, Kim is the type of guy who provides value with his intangibles.  His effort stood out among the pack on both ends of the floor as he defended and competed to his max.

Chris Lee, Lexington High School – The graduating senior is set to attend Bridgton Academy next year as a post-graduate where he’ll look to play his way into a basketball scholarship.  A powerful six-foot-four athlete, Lee could be well on his way as his skills are starting to catch up with his physical tools.

John Lubin, Somerville High School - A gritty and hardworking swingman, Lubin attracted the attention of coaches in attendance with his tenacity on both ends and ability to play bigger than his six-foot-two inch frame around the rim.

Brendan Miller, North Andover High School – A 2014 product who has played up with the juniors all season long, Miller proved himself a threat with his jumper in this setting while finding the occasional opportunity to show off his athleticism around the rim.

Brian Mukasa, Sharon High School – The attacking southpaw guard has the ability to make plays on both ends of the basketball floor.  He mixed in a couple of jumpers to keep defenders honest tonight and was one of the better guards in the field.

Mark Murphy, Rivers School – A two-guard with a pretty strong body and a good looking shooting stroke, Murphy first caught our eye in drill work and then backed it up with a solid performance in five on five play.

Darrien Myers, Lawrence Academy – His reputation is the biggest on the football field, but this undersized guard has the wheels to make an impact on both sides of the court along with a very steady skill set with the basketball.

Isaiah Nelsen, North Andover High School – To say it has been a successful spring AAU season for Nelsen would be a wild understatement and tonight he showed the game that has taken him from a virtual unknown to arguably the Storm’s most recruited player.

Harry Rafferty, Berwick Academy – He’s best known for being one of New England’s most dangerous southpaw shot-makers but the more you watch him the more you start to appreciate his attention to detail and consummate professionalism in terms of the way in which he carries himself.

Duncan Robinson, Governors Academy – Heading to Phillips Exeter next year as a post-graduate, Robinson was showing off his super smooth release all night long as coaches from academic colleges continued to follow him in packs.

Andrew Ruffen, Salem High School – The New Hampshire native seems both longer and leaner than he was earlier in his career, while maintaining the same ability to knock down shots off both the catch and the dribble.