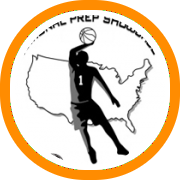 The 2016 National Prep Showcase kicks off Friday morning at Albertus Magnus College in New Haven, CT with 19 games over the course of three days. Nine programs from outside the region, including defending Nation Champion Hargrave Military Academy, will match up against some of the best prep programs in New England.

Here’s a look at the programs coming into town along with their head coaches and top prospects:

Joe Mantegna is in his 18th year as head coach at Blair and comes into the ’16-’17 season sporting a career 324-107 record. With a rich history of top prospects that includes ’03 graduates and NBA veterans Loul Deng and Charlie Villanueva, Blair has won nine Mid-Atlantic Prep League titles under Mantegna and heads into this season as two-time defending champs. Coach Mantegna is no stranger to the New England area having run his basketball camp out of Northampton, MA for the last 25 years.

FEATURED PROSPECTS: Another New England native, Matt Turner, used the 2014 Prep Showcase to catapult his prospect profile to the next level. In 2014, Turner flashed glimpses of the explosive athleticism and scoring ability that consistently showed up and allowed him to average 15.7 points per game in the Nike EYBL this summer with the New York Lightning. Turner’s ability to score at all three levels eventually earned the 6’4” guard a scholarship to Santa Clara. Blair also features two highly skilled and heavily recruited big men in Deng Gak, a 6’10” forward headed to Miami, and Zach Kent, a 6’11” big with great range and a unique skillset, who is headed to Tennessee. But the engine that makes Blair go is 6’5” guard Anthony Mack, a knock down shooter who can kill opponents in a number of different ways and always seems to make the right play at the right time. Mack is headed to Wyoming next season.

Blair plays Vermont Academy at 5:00pm on Sunday in the last game of the weekend and a matchup that should be an up and down battle.

Matt Donahue brings his FUMA program back to the National Prep Showcase for a Friday rematch with Notre Dame Prep after winning last year’s game 48-46. It was a defensive battle that but became a war of wills down the stretch and never lacked intensity. Don’t be surprised to see the same type of game when they kick-off the weekend on Friday at 10:30am.

FEATURED PROSPECTS: LeAndre Thomas and LePear Toles lead this year’s version of FUMA into the showcase. Thomas, a versatile 6’9” 235lb big man who can effect the game both inside and out, has interest from the likes of Boston College and Marist. Toles, a 6’6” wing with a smooth lefty stroke and range well past the arch, has seen interest from Rice, Quinnipiac and Cleveland St amongst others. A few more members of the FUMA program are sure to attract interest from D1 programs as the weekend winds down.

Aside from their matchup with Notre Dame Prep on Friday, FUMA also plays St. Thomas More on Saturday at 9:30a.m.

A.W. Hamilton’s team has created some great memories in the Albertus Magnus gymnasium over the years, none better than last season when they defeated St. Thomas More for his first National Championship and Hargrave’s second as a program. Hamilton in in his 11th year with the program and has helped produce over 100 D1 players in that time. His ’15-’16 title team saw all 16 members sign scholarships to play ball at various NCAA levels.

Hargrave plays Commonwealth at noon on Friday. They also match up against South Kent at 11:15am on Saturday.

The Florida prep program is led by John Mahoney, who made previous stops at Robert Morris, St. Francis, Duquesne, West Virginia and Michigan during his coaching career. Last season, their group, led by national top-20 recruit Jonathan Isaac (Florida State), made a second trip to New Haven in March for the National Prep Championships following a run to the national finals a year earlier. Coach Mahoney will try to repeat that success this year behind another talented big man with a rare skillset.

FEATURED PROSPECT: Maryland-commit Bruno Fernando gives IMG one of the best big men in this year’s field and owns the unique run-&-jump athletic ability that today’s college coaches look for in their bigs. Fernando, a native of Angola, spent the last few seasons at Montverde Academy, where he was teammates with #1 pick Ben Simmons and current Vermont Academy star Simi Shittu. The 6’10” Fernando will be the focal point of IMG’s offense this season, which will be essential to his development before heading to play in the Big Ten next season.

IMG plays St. Thomas More at 1:45pm on Friday and returns to action against Northfield-Mt Hermon at 1:00pm on Saturday.

Chad Myers takes the reigns at Massanutten once again after the program took a 2-year hiatus from the national stage. Myers spent that time honing his craft at ELEV8 Sports Institute in Florida which allowed him to make recurring trips to New Haven for both the Showcase and the Prep Championships. Myers led Massanutten to back-to-back appearances in the National Prep Championships in ’13-&-’14 and had an overall record of 58-12. Those teams were led by current Kansas point guard Frank Mason and Maryland wing Damonte Dodd.

FEATURED PROSPECTS: Like Myers’ teams in the past, Massanutten features skilled wing players with size and versatility. Ole Miss-commit Jamarco Pickett is a 6’9” wing with handle, a smooth stroke and easy athleticism. Pickett has all the earmarks to become this year’s breakout star, cut from the same mold as 6’8” Hargrave wing De’Riante Jenkins (VCU) who starred in both the ’15 Showcase and ’16 National Championship. Pickett is joined by another big wing with plenty of skills and tons of potential in 6’11” Kasper Christiansen. The Denmark-native comes to Massanutten after spending time with the Alexander Basketball Academy’s global squad. Christiansen has great range, gets where he wants to on the floor and operates intelligently with the ball in his hands.

Massanutten plays Putnam Science Academy at 8pm in Saturday night’s featured game. They come back against Commonwealth Academy at 3:15pm on Sunday as well.

Prior to taking the head coaching job at Mt Zion, Rodrick Harrison served as both a player and assistant coach for the legendary Dunbar HS (Baltimore, MD) program that produced the late Celtics star Reggie Lewis, undersized giant Mugsy Bogues and Georgetown alum Reggie Williams, all of whom were members of the 1983 state title team and became 1st Round Picks in the 1987 NBA Draft. Harrison brings a strong basketball bloodline to Mt Zion and looks to continue his winning ways with a strong group of prospects in ’16-’17.

FEATURED PROSPECTS:  Fresh off his latest offer from St Louis, 6’5” wing Teshaun Hightower has also garnered interest from programs like Purdue, Georgia, Iowa State and Western Kentucky, amongst others. Hightower has enough handle to be the team’s lead guard and primary ball handler for extended clips but is at his best when he’s able to break his man down off the dribble and attack the basket. Obadiah Toppin is a skilled 6’9” wing with range and an ever-improving all-around game. Harrison’s squad also has two prospects who are already committed to their future colleges with 6’10” big Mark Tikhomenko (Arkansas State) and 6’8” Jarvis Doles (Drexel). Doles will remind area fans of Dartaye Ruffin (New Hampton ’10), a big man with the ability to handle it a little bit, run the lane and finish at the rack.

NTSI is based in Scotland, PA and led by legendary prep coach Chris Chaney. Along with the clout that having helped develop 18 future NBA Draft Picks brings, Chaney also has 685 career coaching wins and 3 National Coach of the Year Awards on his resume. Chaney is credited with turning the Laurinburg Institute and The Patterson School into prep powerhouses in the state of North Carolina and annually churned out a handful of high major prospects at both stops. He looks to do the same at NTSI with a roster filled of players who are looking to put their program on the national prep map.

FEATURED PROSPECTS: Jalen Jordan is a hyper-athletic 6’3” guard who has made it his business to guide this team both on and off the floor. Jordan played alongside Iowa State-commit Lyndell Wigginton with Stackhouse Elite on the Adidas Circuit this summer, averaging 10.4 points, 3.3 rebounds and 3 assists per game. He is joined in the backcourt by Rasheed Browne, a 6’3” Philly guard who played with Quade Green and Villanova-commit Dhamir Crosby-Roundtree at Nuemann-Goretti last season. Browne was a Florida Gulf Coast–commit at one time but has reopened his recruitment since deciding to attend NTSI.

NTSI plays Brewster on Saturday at 4;30pm and returns to play against Tilton (NH) on Sunday at 1:30pm.

SPIRE is led by its aptly-named program director Bobby Bossman and head coach Jason Kopcso. After setting the foundations for similar programs in Arizona and California, Bossman is in his 5th season at the SPIRE program that he founded in 2013. Kopcso came to SPIRE a few years ago from Cleveland State and served as an assistant on Bossman’s staff prior to being named head coach. SPIRE was the home of last year’s breakout star Marcus Ottey, who parlayed two outstanding performances into a scholarship to an up and coming University of Illinois-Chicago program led by Steve McClain.

FEATURED PROSPECT: Nikos Okekuoven is the latest big man from Greece to garner attention from mid-major programs from across the country. East Carolina, San Francisco, Tulane and St Bonaventure are just a few of the programs interested in the 6’11” 300lb traditional big has very soft hands and touch from the foul line extended. Okekuoven also shows promising vision and the ability to move the ball to open men in and out of the post.

SPIRE matches up against New Hampton at 11:45am on Sunday.

Kyle Bankhead took over the head coaching duties at Sunrise last season after spending the previous eight years on the hill as an assistant at the University of San Diego. Prior to entering the coaching world, Bankhead played for Mark Few at Gonzaga, where his teams made four NCAA Tournament appearances. Sunrise has made multiple trips to New England over the last few seasons, participating in both the National Prep Showcase and the National Prep School Invitational.

FEATURED PROSPECTS: Florida State-commit Bryan Trimble is the latest explosive scorer to lead the Sunrise program. The 6’4” wing spent the summer as a role player on a loaded MoKan Elite team in the Nike EYBL. While averaging 5 points a game might stifle some players’ recruiting, Florida State realized how well Trimble’s skills translated to their program’s style and made quick work in getting him of the board. Trimble has a fair share of talent surrounding him too. Purdue-commit Matt Haarm is a skilled 7’2” big man from the Netherlands who flashes deep range on his jumper and has promising ability as a stretch big who can play alongside a traditionally “undersized” big man that can keep opponents out of the post. Sunrise also features a familiar name on it’s roster in 6’7” wing Federico Gallinari, the brother of NY Knicks 2009 1st Round Pick and current Denver Nuggets sniper Danilo Gallinari.

Sunrise plays in the featured game against Putnam Science Academy on Friday at 8pm and returns to play New Hampton on Saturday at 6:15pm.