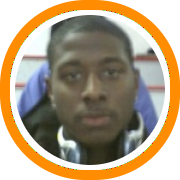 The finals of the Charlie Weber D.C. Hoopfest featured New Heights against D.C. Assault.  But before reaching the championship game, both clubs got all they could handle from two New England teams.

For New Heights, it was Connecticut Select who they faced in the semi-finals of the championship round.  Select proved to be one of the best offensive teams in the field as they even went for as many as 108 points in a single game.  Marcus James, Josh Turner, and Anthony Ireland led the way throughout the weekend.  James, who will play at Southern Idaho Junior College next year, is a player who division I coaches will be all over for the next two years.  Meanwhile Turner showed his versatility throughout the tournament as he did a little bit of everything.  While rotating between the point and the two-guard positions, he made open shots, got to the rim, and distributed the ball to his teammates.  He also played very good defense on the opposite end of the floor while also rebounding well from the perimeter.  Ireland continued to show the skills that helped him lead Crosby to the state championship this year as he got himself into the lane, finished with floaters, and also showed his proficiency from behind the three-point line.

For D.C. Assault, their biggest test may have been in the first round of the championship bracket when they faced Team Maine.  Maine had a 23-15 lead midway through the first half before Juan Carlos Rosich went down with an ankle injury.  Rosich had been instrumental in his team’s early lead as he had already blocked 5 shots while also igniting his team’s fast break with some beautiful outlet passes.  After he was sent to the sideline, D.C. Assault was not only able to finish around the rim with much less difficulty, but they were also able to cut off Team Maine’s transition offense.  D.C. Assault had retaken the lead, 31-28, at halftime and eventually sealed a 59-47 decision.  Isiah Wallace played terrific basketball throughout the weekend as he not only continued to score and rebound on the interior but also showed an ability to act as a facilitator and create shots for his teammates.  Hamid Ford headlined the backcourt as he had 12 points and 6 assists and 15 points and 5 assists in pool play games.  Elliott Jones Jr. served as a glue guy throughout the tournament as he was the team’s best perimeter defender, used his strong body to crash the glass, and scored when the opportunity presented itself.  Others who impressed at times included:  Nikko Acosta who made a variety of athletic plays around the basket; Stacey Waters who had 12 points against in Saturday afternoon’s game; and Cervante Burrell who dished out a weekend high 8 assists against the South Jersey Rockets.

Other Local Players Who Shined

Brian Fitzpatrick, Connecticut Gold:  The Xavier High School senior played so well he now has division I schools hoping he will reconsider his plan to attend prep school next year.  He’s always been a very skilled player with good size, but now that his intensity level and overall aggression is beginning to come on he is finally realizing his potential.

Greg DeSantis, Westchester Hawks:  He did a lot of little things well this weekend that may not have appeared on the stat sheet.  He showed a confident handle against pressure, made good decisions with the basketball, and continued to shoot the ball well from the perimeter.  He had three three-pointers against Connecticut Gold in the first game of the medal rounds.

Aaron Strothers, Rhode Island Breakers:  Strothers was the Breakers most consistent player.  He went for 20 (points) and 10 (rebounds) in all three of their games and didn’t take any plays off.  He was very close to committing to UMass Lowell before the recent coaching change, and is consequently wide open once again.

Jefferson Lora and Zach Russo, Connecticut Hoop Stars:  Lora was a dominant interior presence at both ends of the floor in the Hoop Stars’ first game against Team Detroit.  He finished with 16 points, 12 rebounds, and 5 blocked shots, while altering several others.  Russo stood out in the team’s final game of the weekend as he showed his all around game by scoring 18 points, grabbing 8 rebounds, and handing out 5 assists.

Matt Gibson and Danquah Rawlins, Boston Soldiers:  While James Marcellus generated the most attention from division I coaches, it was Gibson and Rawlins who were the team’s most consistent performers throughout the weekend and consequently sparked interest from division II coaches.  Gibson didn’t have more than a couple of turnovers throughout the entire weekend as he continues to do a terrific job controlling the pace of the game.  Meanwhile, Rawlins provides his team with a constant boost of energy as he gets to the rim and is also their best on-the-ball defender.