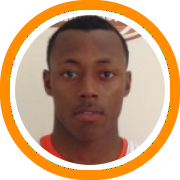 New England was well represented this week in Atlantic City for the second annual “Live in A.C.” tournament.

Expressions Elite made it all the way to the final and was just moments away from coming up with their second consecutive title after taking last week’s Hoop Group Summer Jam Fest.  Jared Terrell played a starring role this weekend, beginning with a game winner on Wednesday night and continuing through all seven games.

Dimitri Floras beat the buzzer on Friday morning, knocking down a late three with only four seconds left in the semifinals to break a tie and send Expressions on into the final.  Abdul-Malik Abu, who continues to fast for Ramadan, continued to provide a spark inside, as Jesse Bunting continued to impact games with his motor and toughness around the rim.

CBC was still playing without star center Paschal Chukwu, after he went down with an injury last week, but that didn’t stop them from making an inspired run that didn’t come to an end until a narrow 60-56 quarterfinal loss to the eventual champions, We-R-1.  Levy Gillespie, Obi Momah, and Ajou Deng all played well this weekend, picking up additional recruitment as a result, including an offer from Dartmouth for Momah.

USAD was a third local squad that fell victim to We-R-1 after running into them in the finals.  Thursday was an especially good day for Schadrac Casimir as his latest scoring onslaught allowed them to play the future champions close all the way down the stretch.

Connecticut Select would open bracket play with a win over a talented Philly Ballhawks team before falling to the host club, New Jersey Playaz, in the round of 32.  Chaise Daniels picked up his latest scholarship offer from Quinnipiac while Chan Williams-Bey and Tyshon Rogers both had college coaches intrigued with their strong performances.

The Rhode Island Hawks opened with a tough win over the New Jersey Cyclones before running into the Jersey Shore Warriors for the second time in two weeks.  Jeff Spellman made nice contributions, making shots off both the catch and the dribble, while Jackson Donahue also had his jumper clicking on all cylinders.

BV Chaos also had a good showing this week, more than holding their own in the Platinum bracket as Colin Richey continued to make plays from the point while Connor Brown quickly established himself as Richey’s top target on the perimeter thanks to his tremendous three-point shooting.  Meanwhile, Nick Pasquale continued to assert himself as a division I prospect on the rise.

In the u16 division, Expressions Elite again set the standard, this time advancing to the semifinals.  The backcourt combination of Ikenna Ndugba and Donovan Love led the way for the most part, while Arkel Ager made major contributions on the wing.  Aaron Falzon joined the team for the semis and stood out with his versatile offensive talents.

The Rhode Island Hawks had another strong showing, opening with a dominant 81-32 win over PK Flash and then knocking off Team Final Black 56-47.  They came up just short on Friday night, falling to Canada’s most prestigious program, CIA Bounce, by a 57-54 margin.  Ian Sistare and A.J. Brodeur continued to pace the Hawks, scoring 18 points each in the win over Team Final Black.