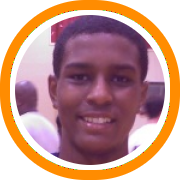 ESPN’s weekly look at all things recruiting in the northeast region once again featured a number of local New England prospects.  Here’s a look at who was in the headlines:

• It was a big week for Goodluck Okonoboh, who  received invitations to both the first session of Adidas Nations and the Amare Stoudamire Skills Camp, and then heard  from Duke associate head coach Steve Wojciechowski on Wednesday night;

• Notre Dame became the latest school to offer Abdul-Malik Abu.  With Kansas, North Carolina State, Tennessee, Minnesota, Marquette, Florida State, and Texas having all offered last week, it may just be easier to count the schools that have yet to offer at this point;

• Central Catholic sharp-shooter Tyler Nelson established himself as one of the top three-point shooters during the first two sessions of the EYBL and landed his second D1 offer as a result as Jacksonville joined Dartmouth;

• Incoming Northfield Mount Hermon forward Aaron Falzon scored offers from Georgia and Rutgers this week.  They join Providence and Boston College, both of whom offered earlier this spring;

• Rutgers also offered Jared Wilson-Frame this week.  Wilson-Frame, who was the subject of the most recent episode of NERR-TV, earned his first high-major offer last week from Providence;

• Redemption Christian junior big man Angel Delgado has established himself as one of the premier rebounders in the EYBL and his recruitment has spiked accordingly with new offers from Virginia, Florida State, Seton Hall, and Dayton.  Manhattan had already offered;

• Cushing Academy swingman Idris Taqqee landed his first offer of the spring and second overall from the division I level as Towson joined Vermont;