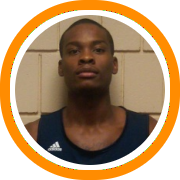 Some of the top teams in the country once again took the floor Sunday at the Hoophall Classic at Springfield College. Each team had multiple division 1 prospects, which would explain the dozens of scholarship level schools that were in attendance all day long, including UMass’ Derek Kellogg, UConn’s Jim Calhoun, Kentucky’s John Calipari, Providence’s Ed Cooley, Cincinnati’s Mick Cronin, N.C. State’s Mark Gottfried, and St. John’s Steve Lavin. As expected, the heavyweight matchup of Brewster vs Tilton was the best game thus far in the entire tournament, as it was surrounded by an electric crowd and a who’s who group of college coaches.

St. Thomas More played great team defense and that was the chief reason for why they were able to hold Wilbraham & Monson off this whole game. Ky Howard and Chier Ajou were both very efficient offensively for STM, each taking good, open shots and setting the tone on the offensive end for their veteran squad. Ajou, who has greatly improved since National Prep Showcase back in late November, was very assertive on the offensive end and did a great job of using his length to finish some tough shots inside. Howard and AJ English were really the catalysts on offense for STM, they both played very unselfish, smart basketball and were the difference in the game. Springfield native Kamali Bey showed how rapidly he has gotten better since his injury. Per usual, he used his trademark upper body strength to get to the rim and finish some tough layups, as well as a couple mid-range jumpers. A potential star post in Marcel Pettway had a great game today for Wilbraham & Monson. Pettway, only a freshman, was never intimidated by the much taller Ajou, as he used his superior strength to back Ajou down on the low block and score at the rim nearly at will.

Arizona-commit Kaleb Tarczewski was the star of this show in the star-studded matchup, proving his superiority to one of the top power forwards in the country in Friends’ Amile Jefferson. Tarczewski, in the past sometimes looking timid, was by far the best player on the floor on his way to 22 points, missing just two shots the whole game. His defense was spectacular; he stayed on his feet, blocked some shots, and helped hold the highly-touted Jefferson to 14 points on 6-14 shooting. Nik Stauskas(16 points) continued to show the type of skillset that could make him a star at Michigan in the coming years. Known as a lights-out shooter, Stauskas had no problem leading the break and driving to the rim today; a trait that makes him such a dangerous offensive player. Future Holy Cross combo guard Eric Green showed the type of floor leadership and athleticism that could him enable him to be an all-conference type player at Holy Cross. Green had one of the best dunks of the weekend, pushed the ball when necessary, and did a great job defensively on Friends’ star guards Karonn Davis and Conrad Chambers(19 points). Jaymie Spears also had a big hand in St. Mark’s offensive efficiency and showed what a dangerous guard he can be, knocking down three of four three pointers.

This game was by far the most highly anticipated one of this whole tournament, and it certainly did not disappoint. Nerlens Noel cemented his status as one of the best defensive big men to come out of high school in years. Noel finished the game with seven blocks, but he shut down Brewster’s star forward Mitch McGary, who scored only three points in 25 minutes of play. Noel, who also had 22 points, showed just how quickly his offensive game has progressed with a series of dribble, spin, and post moves, in addition to his trademark baby hook that is impossible to block because of his length. Future Florida State guard Aaron Thomas had everybody in attendance talking after he came out with what may go down as the best clutch performance of the tournament. Thomas hit a ton of tough shots from a variety spots, including perfect shooting from outside with four three-pointers. His leadership, especially on the offensive end, was the ending difference in the game; Tilton simply had no answer for him all game long. With Steve Lavin and Ed Cooley both in attendance, coveted forward Jakarr Sampson had some awe-inspiring dunks and displayed his greatly improved mid-range jumper. Tilton’s sophomore Wayne Selden continued to prove to be one of the top players in the country in his class with his deadly outside shot and truly incredibly athletic ability, while NC State-commit TJ Warren used his famous slashing ability to tear apart Tilton’s defense with some tough dribble drives and strong finishes inside.

This game was long awaited because it was the first time that many had seen Pitt-commit and ND Prep big man Steven Adams, but future Xavier guard Myles Davis and New Hampton’s Jared Terrell stole the show and were the top performers in a game where both teams finished with a very long shooting percentage. In a close game, Davis’ free throw shooting proved to be clutch for ND Prep, as he went 14-15 from the line and finished out as the game high scorer with 24 points. Jared Terrell proved once again why he is on the radar of high-major programs; Terrell has superior upper body strength for a guard and showed that off several times with his moves to the paint to finish lay-ups. Terrell’s three-point jumper has also continued to excel for New Hampton, he was 3-4 from behind the arc tonight, on a night where Noah Vonleh and Oliver Hanlan really struggled to get their shot.