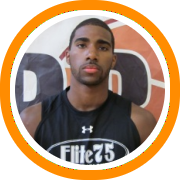 Hoop Mountain Super Week I kicked off on Thursday at Stonehill College. Hoop Mountain in its 25th year is the official summer kick off to the July exposure season.
Here are some of the campers who stood out in Day 1 and 2 action.

Ben Freeland – Suffield Academy – The 6’10” incoming postgraduate for Suffield showed great touch from 15 feet and in. Freeland altered shots all afternoon and finished well in traffic. He also displayed a wide range of post moves. The big man has a great motor and runs the floor very well for his size.

Aaron Falzon – St. Marks – Falzon showed that he could step out and knock down shots all day, even with hands in his face. He also used good footwork and finished through contact in traffic. Although he is still growing into his 6’6” frame, his skill set is very diverse. Falzon is very good at recognizing a mismatch and going after it.

Anthony Barry – Brooks School – Barry was a workhorse all over the court. As always his mad range game was effective. He does a great job attacking the heart of the defense. His strong frame allows Barry to rebound effectively even with taller bodies in traffic. He can easily finish through contact.

Mike Boornazian – Wilbraham-Monson – He had his trademark three-point stroke going early. Defensively he was tough as well, being physical with everyone he guarded. He did a good job getting in passing lanes. He had one of the day’s highlights, as he stole a ball, and went coast to coast for a ferocious two-hand flush.

Colin Pascoe – Suffield Academy – Pascoe effected the game on the defensive end all day long, blocking and altering shots, getting in passing lanes and turning defense into offense for his team.

Colin Richey – Whitinsville Christian – He dazzled this afternoon with a series of eye opening assists and three-point shooting. Demonstrated keen ability of running the show. Dominated the afternoon session with no turnovers and eight assists. He has been the standout in camp at the point guard position.

John Spears – Pingree – Has been electric so far. Pushes the ball in up-tempo fashion. He speed and quickness is unmatched at camp this week. Has the ability to shut down the opposing lead point guard.

Kyle Lentini – North Reading High – The 6’5” forward was extremely crafty. At times is undersized, but has the ability to be a shot maker, and uses his frame well to defend the post and rebound. You won’t find a more rugged enforcer at camp then Kyle. Even though he is mixing things up in the paint, he also has the ability to step out and knock down the three point shot.

Joe Krong – CBA Albany – Krong’s range is unlimited. Joe displays a picture perfect three point shot. He is shot a high percentage from long distance at the camp. His ability to stretch the defense frees up his teammates on the inside. So far he is the best outside shooter at camp.

Alex Perrone – Loomis-Chaffee – One of the feel good stories of the camp so far. Alex has lost 20 lbs over the last 12 months. At camp so far he has displayed a fine touch from the outside and excellent low post moves. His large rugged frame allows him to score on the inside.

Kyle Reardon – Rivers – The 6’6” rising senior is very active, and has been tough throughout the session so far. He scores well inside and out. Coach Andrew Mirken has got to like what he is seeing this session.

Erik Sanders – Suffield Academy – The 6’4” incoming postgraduate from New York has been competing hard on both ends of the court. Had 8 assists and a flashy breakaway dunk in a win this afternoon.

Matt Droney – Catholic Memorial – The lefty from CM has been finishing tough plays in the paint and connecting from long distance all day long. Droney is a hard-nosed player who will not back down from any player on the court.

Check back tomorrow for an update on Saturday action and All-Star Teams.