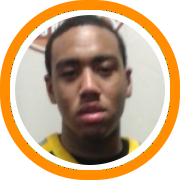 The all-star game was one of the highlights of Hoop Mountain's Super Week I Camp.  It wasn't just the level of competition in the all-star game that made it so notable, but also the international style as the top campers from the U.S. took on their counterparts from Canada and Spain.

The New England Recruiting Report and Crusader 22 Productions teamed up to bring you the game in its entirety, with commentary provided by Anthony Leonelli.