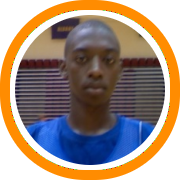 Once again the Hoop Mountain Spring Classic included top talent from around New England and a plethora of college coaches as the walls of Mass Premier Courts in Foxboro, Massachusetts were lined with division II and III coaches.  Here's who caught our eye:

Jacquil Taylor – The 6’8 sophomore big brought his A game to the spring classic, dominating inside with thunderous dunks, cleaning up everything on the offensive glass and finishing with authority. What impressed us was the improvement in his face up game, as he showed the ability to catch the ball in the high post and on the wing, face up, and score the ball in a variety of ways.

Roger Paul – The West Roxbury guard came seemingly out of nowhere and seemed to dazzle the crowd every single time he touched the ball. He handles the rock on a string, and showcased a great change of pace, leaving his defender behind him nearly every possession. Paul was at his best in transition, finishing either above the rim or with a dunk on every fast break.

Darryl Best Jr. – The Connecticut big did a great job using his wide frame to seal weaker post players, catch the ball and finish with a soft touch. He showed a variety of solid back to the basket moves and was dominant on the boards at both ends of the floor.

Nick Lund – Lund was one of the best post players at the event and was dominant physically under the rim. The lefty had several dunks in traffic and has a polished back to the basket game. He also runs the floor very well and was rewarded by his teammates for several transition buckets.

Aaron Calixte – The sophomore floor general was at his best tonight, showing off speed that few opponents could keep up with. Calixte played within himself, never forcing the issue, making positive plays every time he had the ball in his hands. He was also on fire from outside, dropping in three pointers both off the bounce and off the catch.

Robert Lewis – The senior wing had clearly the best dunk of the night, driving from the left wing to the middle and finishing with a thunderous right hand slam over two defenders. If he improves his outside shooting, Lewis is a pure scorer who could give a lot of schools a boost at the next level.

Darren Payen – The Hamden Hall wing has a basketball body, 6’8 with some serious length. He had several impressive blocks, pinning opposing layups to the glass and showing off some high level athleticism.

Chris Mendes – Mendes proved himself tonight as a very steady and consistent lead guard, succeeding in all facets of the game. Mendes was active defensively, locking up every matchup and picking up several steals and deflections. Offensively, he did a great job facilitating and setting up his teammates, as well as scoring the ball effectively in a variety of ways.

Others who Caught our Eye

Richard Passard – Passard is a solid 6’5 scoring wing who does his best work in transition. He impressed us tonight with several strong takes to the rim, finishing in traffic absorbing the contact.

Zaquan Nelson – Nelson is a steady point guard with a tight handle and a great feel for the game. He had several solid passes to open teammates for easy finishes, and had several nice pull up jumpers and floaters from midrange.

Lee Messier – The sophomore guard has a very high basketball IQ and had a great night shooting the ball, filling up the scoring column with jump-shots contested, uncontested, off the catch and off the bounce. He also possesses deceptive athleticism and a great first step.

Jaymie Spears – Lightning quick guard had no trouble beating his man off the bounce and finished strong through contact, taking it straight at the bigs, tallying several and ones.

Eric Tallman – Tallman impressed us with his ability to finish everything above the rim. He rebounded very well for a wing and showed a willingness to do all the little things in a showcase setting, hustling from the beginning to the end of the night.

Abdul-Malik Abu – Abu is a 6’6 sophomore big with serious potential. A long athlete who’s best basketball is a long ways in front of him, he caught the crowds attention with a two-handed dunk in traffic and several blocked shots on the defensive end.

Brendan Allen – The Connecticut native has solid shooting range and a great attacking mentality. Allen had several strong finishes throughout the course of the night.

Sean McNally – McNally had the triples raining in all night, including some from deep range. He did a great job moving without the ball to find an opening to get his shot off.

Isaac Carp – Carp is a great hustle player, and stood out for doing all the little things in the showcase setting like rebounding, talking on defense, and making the extra pass.

Brandon Ashe – Ashe is a solid off guard with nice length who was active off the ball defensively, picking up several deflections and steals, starting his teams transition attack.

Mike Brusca – Brusca showcased a solid mid-range game, taking and hitting several open jumpshots within the 15-17 feet range. Mike plays hard on every possession, and his hustle and effort did not go unnoticed.

Johnny Spears – The younger Spears brother is a quick guard who’s very active on the defensive end. Offensively, he’s got a tight handle and great drive and kid ability.

Bryce Boggs – Boggs was great tonight, scoring the ball in a variety of ways and establishing himself as a sophomore to keep an eye on over the course of the next few years. He was dynamic in transition and uses his athleticism to score in traffic despite contact.

Malin Segal- Segal is a small guard with a knack for hitting tough shots. He’s a solid floor general who makes great decisions with the ball in his hands.