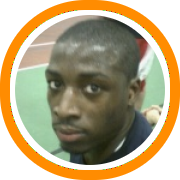 In showcase type settings it is typically hard for big men to find their groove as guard’s are putting the ball on the floor and looking for their own shot all too often.  Nevertheless, Friday night at Stonehill College big man Orion Outerbridge found ways to stand out.  Outerbridge, who is generating recruiting interest from schools at the high-major and mid-major levels, did what he does best; run the floor, finish explosively at the rim, block shots, and rebound the ball.  Although NCAA regulations permit only division II and III college coaches to attend post-season showcase style events, Outerbridge is a definite future division I player.

6’5 sophomore guard/forward Kyle Casey from Brimmer and May is another division I prospect who stood out during Friday’s action.  Casey continued right where he left off during the high school season grabbing rebounds and blocking shots, while also showing his diverse offensive attack knocking down three-pointers, scoring around the basket, and utilizing a nice one dribble pull-up from about 15 feet.

During the first session of the night Casey’s orange team, which also featured his Brimmer and May teammate, 5’10 freshman guard Derek Retos, squared off against the Maroon team led by Charlestown’s 6’6 forward Lance Greene and Sabis Charter’s 6’3 wing Isiah Wallace.  The first quarter of action was an entertaining one as the youngsters from Brimmer more then held their own against two of the MIAA’s impressive seniors.  Retos was particularly impressive swishing three consecutive three-pointers while also getting into the lane and finishing craftily despite his slight frame.  Greene seemed to determind to prove his prowess on the perimeter and was able to make a couple of jump shots, although his biggest assets are clearly his athleticism and court speed.  Wallace continued to score the ball with the same efficiency that he did during his high school season getting out in transition, knocking down three pointers, and showing a nice mid-range game as well.  During the second quarter of play 6’0 junior point guard Mike Aron made a big impression for the Maroon team as he showed all the qualities that college coaches look for in their point guards; being vocal and directing his teammates, seeing the floor and making high percentage passes, and showing the ability to create his own shot when no other high percentage play presented itself.

In other action East Boston’s 6’4 junior forward Elezar Clayton was impressive throughout the night.  He had several rim rattling dunks that brought many of his peers to their feet at different points throughout the evening.  But what the college coaches may have been equally impressed by was his solid shooting touch at 18 feet, strong penetration to the basket, and a physique that was both powerful and athletic.  Fellow Boston product 5’10 Tony Gallo was also impressive attacking the rim with great efficiency, especially in the open floor.  The unsigned senior from Lynn Technical High School was said to be leaning doing a post-graduate season next year.

The green team also had a talented group led by several Marianapolis Prep products in 6’0 senior guard Nikoal Vukadinovic, 6’5 sophomore wing Toso Adebamowo,  and 6’6 senior forward Beyiha Ba Nguindjel.  Vukadinovic was his usual self knocking down three-pointers and making some Steve Nash like finishes in the lane.  Adebanowo continues to appear to be a scholarship prospect while Nguindjel was again solid around the basket.  Also playing well for the green team was 5’8 sophomore point guard Stephen Fox Jr. from Doherty Memorial High School who was impressive attacking the basket and making some beautiful passes in the open floor.