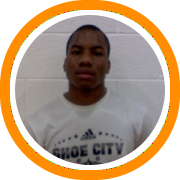 A couple of dramatic late game finishes energized the crowd as Brimmer & May and Suffield Academy fought to the finish as did Marianapolis Prep and Proctor Academy.  When it was all said and done the day saw six quality games, some tremendous prospects and individual performances, and a handful of jaw dropping plays.

Four players scored in double figures for Choate led by Stevie Rogers who finished with 18 points as he and backcourt mate Luke Matarazzo formed a dynamic 1-2 perimeter punch.  John Papale led the team in the first half as he picked apart the Master’s zone with a series of interior pull-ups and dagger three-pointers while Zac Messinger came alive in the second to score 10 of his 15 points.  Brian Onokwugka led the way for Master’s with 11 points.

The Canadian team utilized a disciplined offensive attack and some explosive production from the backcourt to build up an early lead that proved too much for Trinity to overcome.  Rodell Wigginton led the way for the home team with 18 points, showing flashes of his raw ability.  The newly arrived sophomore was most impressive finishing plays around the rim where he showed a tremendous blend of athleticism, power, and body control.  Velo Lukic chipped in with 15 points of his own showing an intriguing skill set and feel for the game for a player his size.

This Class B contest brought instant excitement to the gym as Brimmer jumped out to an early lead behind their full court pressure.  Derek Retos set the tone with three early three-pointers while Troy Robinson showed signs of his expanded game as well.  Xavier Pollard led Suffield on a tremendous second half spurt that would see them overcome a double digit disadvantage to tie the game in the final minute of regulation.  Eric Alleyne was the star of the final 60 seconds as he scored five of his game high 27 points, including two go ahead free-throws with three seconds left in the game.  Allen Harris added 15 four Suffield while sophomore point guard Jamel Torrence impressed with his playmaking and post-graduate Nate Vernon with his sniper stroke.

This match-up between two of the top programs in Class B was a classic battle that was emotional, well played, and hard fought on both ends.  By the time it finally came to an end numerous players from both rosters had stepped up to make big plays.  Grandy Glaze was a man among boys inside the paint in the second half for Proctor while Taevaunn Prince made timely drives and a big late three-pointer.  R.J. Stephens and Kevin Thomas also had their moments late.  For Marianapolis Ike Azotam stepped up his game in a big way showing his full offensive repertoire, scoring on the block, facing up and taking his man off the dribble, and finishing with explosion in transition.  Matt Barboza showcased a sweet perimeter skill set while Kristian Medina matched his 12 points including the game winning free-throws with 14 seconds left.  Mike Neal added a double-double inside the paint.

After being upset last night by Putnam Science Academy, top 100 ranked played Dwight Powell did his best to lead his team to a victory but ultimately Ocean’s Academy depth and athleticism proved too much for IMG to match.

Best Overall Prospect – Dwight Powell, IMG Academy – The Stanford bound forward is an incredible talent with the tools to play this game long after his collegiate career comes to an end.  At 6’9”, he’s a tremendous athlete who runs like a deer, gets his head on the rim, and moves laterally with no problem.  He handles on the perimeter, has a smooth shooting stroke, and can elevate over the defense to get his pull-up at anytime.

Best Individual Performance – Too difficult to pick only one: Alleyne’s late game heroics for Brimmer; Pollard’s 18 second half points (including four three-pointers) for Suffield; or Azotam’s dominance on both ends of the floor for Marianapoils.

Play of the Day – Chris Sherwood, Brimmer & May – “Go now!” was the command from the bench as soon as Sherwood caught the ball on the wing isolated against a less athletic defender.  And go he did as Sherwood burst by him with one hard dribble, elevated to get his head on the rim and throw the ball down hard with one hand.

Best Passer – Stevie Rogers, Choate – Whether it was a pinpoint long lead pass covering three quarters of the court, a no look lefty behind the back bounce pass to hit his teammate right in the hands as he was trailing the break, or the simple drive and kick in the half-court set, Rogers created at will for his teammates throughout the day.

Quote of the Day – Mike Hart, St. Andrew’s Head Coach – “You’re not supposed to talk to the officials…that’s why I yell at them.”