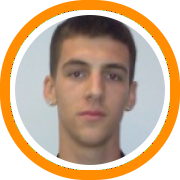 Expressions Runs Away with 17’s Title

Not to be outdone by their younger counterparts, the Mass Rivals advanced all the way to the finals of the 17 and under division at the Hoop Mountain Invitational, but that’s where they were stopped as they ran into an Expressions Elite team that took the title by a score of 81-45.

Laurent Rivard was the story for Expressions this weekend as he really dominated the tournament with his ability to impact the game in a variety of ways.  Known primarily for his shooting prowess from the perimeter, you could see how much he has worked to expand his game as he was handling and distributing the ball throughout the weekend.  Tyler Olander is also showed off increased versatility.  On Saturday we told you how effective he was roaming from corner to corner, not only shooting three pointers, but also stopping to post up on either block.  Sunday he took it a step further as he began to incorporate his dribble drive game as well.  Ryan Romich and Billy Baron also played well for Expressions this weekend as both were extremely steady while also offering plenty of toughness and grit.

It was still a heck of a weekend for the Rivals as they made a tremendous run despite playing without their core foursome of Desrosiers, Smotrycz, Laguerre, and Brown on the weekend.  Instead, guys like Ryan Canty, Scott King, and Aziz Dieng all stepped up while some of the more talented young players did double duty, suiting up for both the 17’s and the 16’s on the weekend.  Canty might have been the big winner of the group as his combination of size, athleticism, and defensive presence had plenty of people talking by the end of the weekend.

Rivals Takes the Chip in 16’s

We predicted Saturday that the Rivals were set for a collision course with one of NYC’s finest programs, the New York Panthers, in the u16 division, and we turned out to be right as the clubs locked up in the final.  But first the Rivals had to knock off another very talented team from New York, the Long Island Lightning, in the semi-finals by a score of 61-47.

Once the final rolled around they proved they still had enough left in the tank to score another convincing victory as they handled the Panthers 71-54.

As we told you on Saturday, this Rivals team succeeds because they play the game the right way.  They play hard, they compete, they defend, and they share the ball on offense.  But guard play is also a key and that begins with Zach Hurynowicz and Jaymie Spears.  Hurynowicz played a total of ten games this weekend, splitting time between the 17 and 16 year old team, and finished with a record of 9-1.  He’s not a guy who wows you by putting a ton of points on the board, but he understands what it means to run a team.  He sets the tone with his toughness, doesn’t turn the ball over, and defends the heck out of people.  As for Spears, he’s always been a talented scorer, but he has really come a long way in his ability to blend his individual talents with his responsibilities to the team.  And he was particularly impressive on Saturday, as he was clearly motivated by some of the individual match-ups within the Expressions game.

Expressions Get Another in u15

The 15-and-under final featured two clubs who know plenty about one and other as Expressions Elite scored their second championship of the weekend by knocking off the Rhode Island Hawks.  Gunner Bjornson set the tone for Expressions throughout the weekend as the 6’3” two-guard showed a good feel for the game and a tremendous shooting stroke from downtown.  He went for 19, 27, and 27 in the club’s final three games of the weekend.

Connor Merrill, Lone Wolf – He’s intriguing because he has good size and length and can also stroke the three-ball.  He has some upside but will need to get into the weight room to capitalize on it.

C.J. Moss, New England Select – Finished off a solid weekend with a terrific final performance scoring 23 points and handing out 12 assists first thing in the day on Sunday.

D.J. Fazio, New England Select – Sticking with the theme of the tournament, Fazio is another point guard who leads his team by example with limitless toughness, energy, and defensive intensity.  He’s got a super strong core, can really guard the ball, and also does a nice job of rotating from the weak side and taking charges.

Rashad Moore & DeShawn Hamlett, CT NorthStars – Moore and Hamlett lead the way for one of the better CT NorthStar teams we’ve seen in recent years.  Both are pure scorers who go about it in different ways.  Moore is a lefty with a lethal mid-range game and improved first step while Hamlett is a big and strong wing who can both overpower defenders and out-maneuver them because he’s crafty.

Bryan Jones & Billy McDonald, CT Hoopstars – The Hoopstars u15 team had their second strong performance in as many weeks advancing to the semi-finals.  Jones and McDonald paced the team ago as both members of the duo averaged close to 20 points per game on the weekend.

Canaan Severin, Expressions Elite – After a disappointing end to the day on Saturday, Expressions bounced back with two wins on Sunday.  Severin earned high praise from the coaching staff for his lock down defense and willingness to do all the little things that make a program successful.