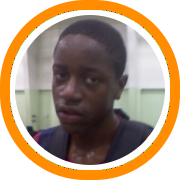 The Albany City Rocks stole the show on Sunday at the Hoop Mountain Invitational as they ran away with championships in the u16 and u17 national bracket.

The nation’s top ranked sophomore Dejuan Coleman continued to be an absolute monster inside for the City Rocks as his size and power were simply unmatched in the field.  Coleman’s running mate Eric Katenda also stood out as his length, mobility, and athleticism make him a menace around the rim on both ends of the floor while he continues to get more and more skilled on the perimeter.

The City Rocks won a battle of New York in the final as they scored a convincing win over the Long Island Pythons.

The Central Connecticut Hoopstars finished their weekend a perfect 5-0 to claim the championship in the American bracket.  The core of John Papale, Gerald McClease, and Alex Conaway paced the Hoopstars as they won all of their games by double figures, and handled Eastern Raiders in the final.

Papale picked up on Sunday right where he left off on Saturday, opening the tournament by draining eight three-pointers and ending with 25 points in the championship game.  McClease was equally effective offensively as he attacked the rim hard in the open court and did his best work in transition.  Meanwhile, Conway had a bit of a breakout weekend as he started to use his athleticism to get more involved on the offensive end, and literally threw down a dunk on top of a helpless defender on Sunday.

In the u16 division, the City Rocks made it two for two as they captured another title in the national bracket by defeating Expressions Elite.  Shadell Millinghaus and Tyler Cavanaugh continued to be the one-two punch that led the way while Joe Krong also did a variety of good things.

Akosa Maduegbunam and Rodell Wigginton were the stand-outs for Expressions.  Both of the athletic swingmen were in attack mode for much of the day, showing their ability to get to, and finish above, the cup.

United Sons and Daughters defeated the Mass Rivals in the u15 final.  Based out of Stamford, Connecticut, United scored a bit of an upset win over a Rivals team that just earned an emotional win over Expressions in the semifinals.

Schadrac Casimir was the standout for United, capping a tremendous weekend by going for 30 points in the championship game.  A creative point guard with a super tight handle and versatile one on one skill set, Casimir has tools beyond his year.  Chris Walters and Shyquinn Dix also shined this weekend as Walters was slashing to the basket offensively and extremely active defensively while Dix was also putting points on the board.

Noah Vonleh was the unofficial MVP of the division as he was head and shoulders above the competition all weekend long.  Teammate Matt Cimino established himself as yet another talented youngster in the Rivals program with the tools to develop into a big time prospect with his length and athleticism.  Meanwhile Ramon Gibbons continued to stand out on both ends of the floor for Expressions.

CBC/CBA ran away with the title in the u15 national title.  Bernard Brantley played as more of a distributor and got other guys involved as Kurt Staidl from Ridgefield and Tim Butala from Fairfield Prep both stepped up throughout the weekend.  Also playing well was Jeff Racy also provided a spark from the perimeter with his shot making.