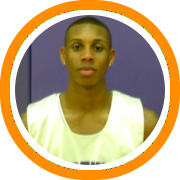 United Sons & Daughters took the championship in the u17 division on Sunday at the Hoop Mountain Invitational, getting steady contributions from a number of players.

Chris Walters was the standout in the finals, connecting on two crucial second half three pointers while also making several playmaking drives and subsequent dunks to finish with 25 points.  Shyquinn Dix also proved to be a crucial component of the championship run, pitching in four second half jumpers late in the second half of the game.

USAD’s semifinal win was based around contributions from three main scorers as Walters and Dix teamed with Tom Bajda to a convincing win.  The trio combined for 29 second half points, as Bajda got into the act with his shot-making and dribble drive ability as well.

The weekend was also a successful one for Expressions, who entered the field without their big guns of Jared Terrell and Abdul-Malik Abu, both of whom were selected to participate in the Mary Kline Memorial Classic in New Jersey.  But that didn’t stop the team from rattling off five straight wins as their role players stepped up to show their individual ability.  Johnnie Spears dropped 20 points in the team’s final win of the weekend, as the Pingree guard attacked the rim at will to either finish himself or earn trips to the free-throw line.  Isaac Carp, Mike Neal, and Rob Hazard also seized opportunities to step up and prove their worth at various points throughout the weekend.

The Bay State Flash and LOX also made impressive runs this weekend, advancing all the way to the tournament’s semifinals.  Carlin Haymon, Devon Williams, and Dylan Quigley were all among the most notable performers for a flash team that saw four players score in double figures in the semifinals.  Meanwhile, Jonathan Perez proved his prowess from behind the three-point line for LOX while Zach Gattereau led the team on the interior.

The sixteen-and-under division came down to two high profile teams in the New England Playaz and Team Frenji in the finals.  At the heart of the match-up was the individual battle between Aaron Falzon and Frenji’s mountain of a man, Chima Azuonwu.  Falzon utilized his skill and mobility to set the tone, not just going to work on the perimeter but even showing a wide arsenal of post moves to score over, and around, the six-foot-ten Azuonwu on the block.

The Playaz also got important contributions in the paint from Collin McManus while the backcourt rotation of Jeff Spellman, Ian Sistare, Sultan Olusekum, and seventh grade phenom Tremont Waters also took turns showing their talents, leading the Playaz to a 61-44 win and the tournament championship.

The u15 championship game turned out to be a runaway victory for an impressive Connecticut Elite squad as they had the game virtually decided by halftime, before finishing with a 66-40 win and the championship.

Tracy Rumley and John Lewis helped Elite separate themselves early, as both members of the duo connected on a barrage of three-pointers while Rumley had his total game going – challenging opposing big men with crafty drives to the hole and locking up opposing guards on the defensive end.  His ability to create his own shot while managing the floor set the dynamic of the game as Connecticut Elite scored the championship in the freshman division.