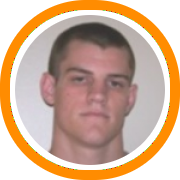 It was four years ago that Hoop Mountain introduced a novel idea...the Academic All-American Camp.

The camp was designed for players with at least a 3.2 grade point average and a score of 1150 on the SAT.  The end result was a camp that drew some of the best student athletes from around the country and college coaches from all of the top NCAA schools.

Fast forward four years and many others have tried to duplicate the All-American Camp, but the original has proven hard to match.

This year’s Academic All-American Camp once again attracted players from all over the country.  In fact, 28 different states and 4 countries were represented at this year’s camp.

The college coach’s presence was just as strong with over 130 college coaches coming through the doors in the first two days.

Among the more intriguing prospects in camp were Jacob Lawson, a 6’7” rising junior from North Carolina who already holds a high major scholarship offer and Kenyatta Smith, a 6’8” post player who is among the top 30 rising juniors in California, and hearing from schools like Stanford among others.

Despite the national presence, there were still a number of local New England players to standout.

Chris Fitzgerald, Northfield Mount Hermon – No one has been hotter in the first week of the live period than Fitzgerald and today he solidified his status as a future division I player as he continued to make shots at a rapid rate.  Fitzgerald scored his first scholarship offer from Bryant and also has a number of Ivy League Schools now in hot pursuit.

Joe Sharkey, Northfield Mount Hermon – Sharkey had a terrific day today with a ton of Ivy League coaches watching.  He knocked down five threes in his afternoon game, played an extremely tough floor game, while also making great decisions with the ball.

Alex Stoyle, Tilton – The New Hamnpshire native had a breakout performance today as he was absolutely dominant on the glass.  He secured everything that came off the rim but also made his presence felt in a number of other ways: running the floor; dunking in transition; and passing the ball very well within the flow of the offense.

Luke Matarazzo, Choate Rosemary Hall – He was most proficient in drive and kick action as he used his dribble to create shots for his teammates throughout the course of the day, mixing in enough dribble pull-ups and finishes at the rim to keep defenders honest.

Ryan Kilcullen, St. Sebastian’s – He defied expectations at the Elite 75 and kept it up today as he’s working himself into the scholarship equation.  He’s a true mismatch problem who is equally effective attacking inside and out.

Derek Retos, Brimmer & May – He did what he did best in the morning game – bombing away from deep.  He’s done well to diversify his game in recent years, but at the end of the day what makes him special is that he’s got a niche that no one else has.

Ryan Kolb, Holy Cross HS – To quote one on-looking college coach, “he’s got a toughness that you can’t teach.”  Kolb attacked the rim with ferociousness, showed the soft touch on his jumper, and played bigger than he is around the rim.

Troy Robinson, Brimmer & May – He picked up right where he left off on Thursday at the Elite 75 as Robinson used his tremendous athleticism and physical strength to his advantage.  He played off of two feet in the lane, took contact and hung in the air, and finished everything around the rim.

John Nielson, Loomis Chaffee – The Long Island native, who will arrive at Loomis Chaffee in the fall as a post-graduate, has picture perfect shooting mechanics.  He certainly shot the heck out of it today as he drilled jumpers from the wing, spotting up in transition, and pulling up off the bounce.

Greg Newton, Phillips Exeter – He’s picked his game up so much after spending the year competing against class A competition at Exeter.  His passing and individual offense are both tremendous, and today he was doing a ton of damage with his pull-up jumper and mid-range game.

Joe Bramanti, Andover HS – Bramanti handled some of the ball-handling responsibilities for his team and that enabled him to show another dimension to his game as he wasn’t rivaled by pressure and showed good creativity going by people.

Zac Messinger, Choate Rosemary Hall – He had a breakout performance this morning as he showed a high motor and was tremendously active on both ends of the floor.  He came up with steals & deflections defensively, passed up the floor well in transition, battled on the glass, and made open shots from behind the arc.

Dennis Levene, Weston HS – He’s a college ready big man who is very skilled, understands how to reverse the ball trailing the break, and is mobile enough to go past other big men with his dribble.  Overall, it was a very solid weekend for him.

•  Remy Pinson – skilled & tough point guard with distinctive flare for game
•  Jared Fay – shot it well and showed off some underrated athleticism
•  Sean Cunningham – got to the rim and finished strong around the basket
•  Eric Dubuque – scored efficiently given limited number of touches
•  Matt Dean – always under control with a very high feel for the game
•  Matt Palazini – a physically tough player who shot the ball well
•  Colin Russell – face-up 4man who made a ton of shots in the morning
•  Alex Levine – low post game continuing to develop at rapid rate
•  C.J. Moss – used jabs and rip-throughs to bully his way to the rim
•  Ben Gilbert – heady floor general who makes others better
•  Andrew Dowton – gritty role player who makes fair share of shots
•  Andrew Gosselin – overpowered other wings and drilled a series of 3’s
•  Derek Murphy – creative guard who made plays with the ball in his hands
•  Uzoma Orchingwa – getting to the bucket and posting up smaller men
•  Showly Nicholson – quick and good with the ball, defends well too