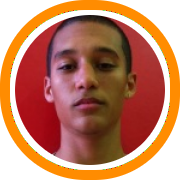 Hoop Group held their Boston top 100 showcase event on Saturday at Basketball City in Boston. The players in attendance went through a series of dribble drills in between their games of pickup. The players also took in an insightful lecture from Hoop Group director Chad Babel, regarding how they can stand out at showcases, as well as in the classroom.

Jared Butler, 6’6 junior, John D. O’Bryant HS(MA)-Jared is a raw big man who has the length, athleticism, and basketball IQ to be an impact college post player. As he continues to increase his skillset, his recruitment will increase likewise.

Mabor Gabriel, 6’7 junior, Trinity HS(NH)-A true big man who is clearly still growing into his body.  He showed flashes of some nice drop step and up-and-under moves in the post. His shot blocking helped him stand out, and he consistently was a force on the glass.

William Roughan, 6’8 PG, Landmark School(MA)-He ran the floor well for a center who is a true 6’8. William is an aggressive post player who uses his length to finish a variety of shots in the paint.

Zach Zingelbaum, 6’7 senior, Beverly HS(MA)-Zach rebounded at a high rate and did a good job of knowing his role as a player. He stepped out to 15 feet for some jumpers, but was consistently in the mix for almost every rebound.

Joseph Kuo, 6’7 junior, Governor’s Academy(MA)-Kuo is still very lanky and will benefit from putting on some weight in his last two years of high school. He has the length and raw ability to be a force down low, and he showed flashes of that on several occasions on Saturday.

Colin Burkhart, 6’2 senior, Cromwell HS(CT)-Showed an immense amount of confidence in his outside shot, to go along with a lot of length and some bounce that he displayed on a two-handed jam on a fast break. Colin’s a very intelligent player who always stays in motion without the ball.

Jael Letang,  5’10 sophomore, Dedham HS(MA)-Jael really distributed the ball well to his teammates, he limited his turnovers and overall he impressed because of his unselfishness. That being said, he displayed an increasing confidence in his scoring ability, especially in the paint.

Malik James, 6’0 sophomore, Brighton HS(MA)-Though Malik has standout athleticism, his work ethic is what made him stand out. He was as relentless as any player at the event on defense and on the glass.

Stephen Basden, 6’1 junior, Governor’s Academy(MA)-Stephen is an athletic scoring guard who did most of his damage when going to the rim off the dribble.

Lazar Kojovic, 6’3 senior, Thomas A Blakelock HS(CAN)-Lazar was one of the best outside shooters at the event. He’s a built 6’3 with some bounce, and he also contributed greatly on the defensive end of the floor.

Miles Davis, 6’0 senior, Trinity HS(NH)-Knocked down shots from everywhere on the floor. Miles moved well without the ball in order to put himself in the position to do what he does best: shoot.

Raheem Sadler, 6’1 senior, Cathedral HS(MA)-Raheem is a smooth-shooting lefty who, like Davis, made shots from all over the floor. A long 6’1 guard, he also presented standout athleticism when driving to the rim.

Mitchell Cross, 6’2 junior, Loyola Blakefield HS(MD)-Mitchell’s best trait as a player is his clear confidence in his game. He knocked down several outside jumpers, worked as hard as anybody in the event at the ball handling drills, he consistently ran the floor with high effort, and finished almost everything in the paint.

Colin Richey, 6’2 junior, Whitinsville Christian HS(MA)-Really showed off his outside range at the event, knocking down a couple very deep threes. He also presented the ability to set up teammates or drive to the rim almost any time he wanted to.

Luciano Martinez, 6’2 senior, University HS(CT)-An athletic shooting guard who is excellent at absorbing contact and finishing lay-ins in the paint. He was one of the fiercest competitors at the event, and his combination of skill, athleticism, and basketball IQ impressed several in attendance.

Malique Mclaren, 5’5 junior, Boston College HS(MA)-Best passer at the whole event. Malique is a speedy, athletic point guard who is crafty in penetrating defenses. His ball handling was as good as any player in the building.

Avalon Mclaren, 6’ sophomore, Brockton HS(MA)-He is starting to make a name for himself after his breakout performance at the Hoop Mountain Fall Classic. He rarely turns the ball over, and possesses a smooth stroke and very strong handle.

Curtis Howe, 5’9 senior, Cathedral HS(MA)-Another player who stood out at Hoop Mountain, as well as Hoop Group on Saturday, Howe  continues to knock down jumpers with his high, smooth release. He’s an unselfish player who makes smart plays and is an excellent finisher off the dribble.

Nisre Zouzoua, 6’1 sophomore, Brockton HS(MA)-Quick, tall guard who  flat out makes plays. He penetrates defenses and more often than not will either get a good look going to the rim or jump stop his way in to a no-look pass.