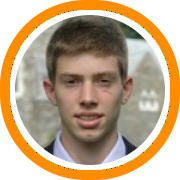 One day after the Hoop Mountain Spring Classic, the Hoop Group came up to New England to run a showcase of their own at Gordon College, inviting several division II and III schools to witness some of the very solid players in the gym.

To start the event, players were put through a workout series that included ball handling drills, transition drills, and an L cut/V cut individual offense series. Players then played in two games, and were offered a recruiting lecture and workout “sweatshop” when their assigned team wasn’t playing. Here’s who impressed:

Nick Pendergast – Pendergast established himself as clearly one of the dominant players in the gym, scoring in a number of ways and showing extreme versatility on both ends of the court. Defensively, he blocked and altered several shots and showcased coast to coast ability, ripping down rebounds and starting the break himself. Offensively, he attacked the rim looking to score, but also showed the ability to shoot the three.

Ryan Romich – Romich was very solid today, and showcased a very solid post game both facing up and with his back to the basket. He is a very good athlete, has nice bounce and had several emphatic blocked shots and dunks. Additionally, he seems to have steadily improved his shooting.

Thomas Rivard – A highly skilled young combo-forward, Rivard has a great face-up game, and hit several mid-range jumpers over smaller defenders. If he improves his strength and quickness, he will be a very intriguing prospect down the road.

Taquan Swaby – The New York native is an undersized 4 man who does a great job on the glass at both ends. Around the rim, he is solid finishing with both hands and absorbing contact, and isn’t afraid to mix it up physically.

Nate Clarke – Clarke is a quick point guard who does a great job getting into the teeth of the defense and distributing to open teammates. He uses his quick first step to beat his matchup off the dribble, and is a fantastic passer.

William Roughan – The 6’8 senior big was solid today, mixing it up inside and running the floor very well in transition. He uses his length well on the defensive end to alter shots, is very disciplined when blocking shots, and doesn’t commit senseless fouls. He could definitely be a nice addition for a division III program.

Lee Messier – Messier carried over his success from last night’s spring classic and continued to score the ball in several different ways. He is a shooter by trade, but also had some strong takes to the basket today, slicing to the basket and finishing in traffic.

Brian Johnson – Johnson showcased himself as a very dangerous outside shooter, and when left open he continually would hit the triple. He is a very heady player and makes few mistakes.

Chris Mendes – Mendes impressed onlookers with his pinpoint passing and overall command of his team’s offense. A pure floor general who makes very few mistakes, he also can score the ball when needed, hitting open threes and slicing to the cup.

Abdul-Malik Abu – The sophomore big has some serious potential and possesses excellent length and athleticism. Offensively, he is raw but rapidly improving, showing range to the three on his jumper, getting more comfortable putting the ball on the floor and attacking off the bounce, and finishing above the rim.