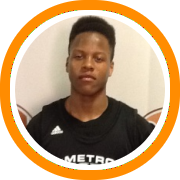 The Hoop Group welcomed hundreds of campers to Reading, Pennsylvania and Albright College this week for session II of the Hoop Group Elite Camp.  Here is a look at which New England products stood out.

Devon Thomas, Kimball Union Academy – Thomas was at his best on Wednesday night.  After a quiet second quarter, he erupted in the decisive fourth, rattling off seven straight points to show his explosive creativity and playmaking ability with the ball in his hands.

Sem Kroon, Northfield Mount Hermon – Before division I college coaches were even allowed in the gym, NMH’s latest up-and-coming big man was making a name for himself and earning praise as lofty as “the top big man in the gym” according to multiple media outlets.

Greg Senat, Marianapolis Prep – The New York native and rising senior forward has himself in tip-top shape to being the July live period.  Senat was utilizing his physical tools around the rim to get buckets on the block while also making his presence felt on the glass.

Jacquil Taylor, Beaver Country Day – Coming off his Most Outstanding Player award at Hoop Mountain’s Super Week I, Taylor picked up right where he left off, getting consistently better throughout the course of this four day setting and standing out as one of the top 2014 post prospects in the field.

Eric Long, Marianapolis Prep – Long, who recently announced he would reclassify at Marianapolis Prep, was impressive at the Rumble of the Bronx and continued to impress here, landing his first division I scholarship offer from the University of Delaware according to numerous reports.

• Cushing Academy’s Chris Mullin Jr. has gotten himself into great shape for the summer live period and made a nice impact this week.

• Maurice Taylor caught some coaches’ attention with his length on the perimeter and ability to make plays facing the basket.

• Wilby High School’s Walter Wright was at his best on Thursday night as his quickness and speed off the dribble got him into the lane at will.

• Austin Carter’s length and athleticism kept the college coaches section full at his game as he’s clearly a prospect who has a high upside.

• Danny Upchurch is coming off a strong spring AAU season and he continued to look solid in virtually all aspects of running a team in this setting.

• Carter’s running mate at the Master’s School, Donte Gittens, showed a couple of flashes of his athleticism and upside with some explosive plays in transition.

• Jalen Myrie did his best work by utilizing his athleticism to attack the rim while his Lawrence Academy running Mate Daquan Simpson continued to intrigue with his length and athleticism.

• Roland Nyama is going to be a name to remember as the athletic six-foot-five rising senior is slated to play at the Holderness School next season.

• Kimball Union’s Malcolm Brent is a young guard with good size and skill in the backcourt.  He’ll be running with Metro Boston this summer.