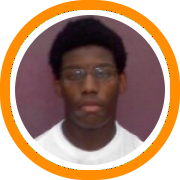 -Maurice Harkless, South Kent: A Queens native headed to South Kent for his final year of high school, Harkless garnered the title of "best player in camp" by just about everyone. For the four days the session spanned, the camp was abuzz about Harkless' play. Assistants from several high-major programs followed his every move as Harkless showed off his athleticism again and again with high-flying dunks. Along with the aerial assault, Harkless displayed a smooth floor game.

-Angel Nunez, Notre Dame Prep: Although he got the week off to a slow start, Nunez recovered and got better as the camp wore on culminating in a 25-point performance in Wednesday's night session. Nunez showcased a flurry of pull-up jumpers and blow-by moves in front of a horde of Big East coaches. Only an ankle injury kept Nunez's smooth offensive game out of the all-star game

-Keith Coleman, Lee Academy: With VCU coaches hot on his trail following him even to stations, Coleman was one of the most impressive big men at the session. Coleman, a Philly native who is set to begin his second season at Lee Academy in the fall, at 6'9 and 250 lbs is a  mountain of a man. He pairs the massive frame with a series of nimble post moves and a propensity to block any shot that comes near him.

-Anthony Jernigan, East Hartford: Possessing one of the tighest handles in camp, Jernigan had a good week going by defenders and distributing to open teammates. When he wasn't finding teammates for open 3's and dunks, Jernigan showed of a finely-tuned floater and showed off an improved stroke by shooting well from three.

-Marquis Gentry, Notre Dame Prep: Gentry, a Washington DC product who is headed to play for Ryan Hurd next year at Notre Dame Prep, solidified his stock as a mid to high major player. Gentry is an old-fashioned 5 man in that he does his work on the blocks where he's an excellent finisher (scores through contact and with both hands).

-Antoine Myers, Notre Dame Prep: Myers, also of Notre Dame Prep, made waves as one of the most impressive performers on the camp's first full day.  Running the point, Myers found a perfect balance between finding open shots for teammates and creating his own scoring opportunities. Most distinguishing about Myers' performance for the week was how he set the tempo and controlled the game.

-Mike Tobey, Hotchkiss School: A recent transfer to the Hotchkiss School by way of New Jersey, Tobey was one of the better underclassmen bigs. Tobey has extraordinary hands that allow him to handle and finish bad passes. He posseses a very fundamentally sound stroke, allowing him to not only be a reliable free throw shooter, but also a capable shooter out to 15 feet. Currently in the 2012 class, Tobey plans to reclassify in hopes of filling out his body.

-Terry Tarpey, Fairfield Prep: The rising junior from Connecticut made a name for himself over the three days of camp.  After starring in the first two days of camp, Tarpey was named the the underclassmen all-star game in the east, where he went on to capture MVP honors.

-Casey Woodring, Choate Rosemary Hall:  Woodring earned all-star recognition in the NBA west, showing a well rounded floor game in addition to a knock down jumper from behind the three-point line.

-Mike Mallory, Sacred Heart: While he struggled at times in the camp's 2nd division, Mallory showed flashes of the potential that has college coaches monitoring him this summer. Mallory, an undersized combo, showed an ability to
score the ball in a myraid of ways.