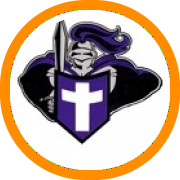 The College of the Holy Cross landed their third commitment in the class of 2011 on Sunday, gaining a verbal pledge from Taylor Abt, a six-foot-eight power forward from Georgetown Prep in Bethesda, Maryland.  Abt committed at the conclusion of his official visit to the Worcester campus.

An athletic and skilled big man, Abt held numerous scholarship offers ranging the MAAC to the Patriot League, Northeast Conference, and Ivy League.

Abt ran with Mid-Atlantic Select on the AAU circuit this year, teaming with another future Crusader in Malcolm Miller who committed to Holy Cross last month.  Mid-Atlantic Select was one of several teams who traveled to Quinnipiac University this summer for the Super 16 Showcase.