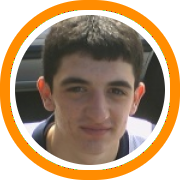 Many college coaches are saying the same thing this year in terms of recruiting, “The Fall has been slow.” In other words while the daily open gym sessions at local prep schools and top high schools have been as good as ever, their hasn’t been any type of event that featured many of the regions top prospects in the same gym together since the summer ended. That trend came to a screeching halt today.

The game of the day began late this afternoon as the Rhode Island Hawks took on the New England Playaz. The Rhode Island roster featured a combination of the program’s veterans as well as some up and coming prospects, while the Playaz roster was comprised entirely of juniors who intend to stay with the club through the upcoming Spring and Summer AAU seasons. The Hawks led for most of the first half behind the strong play of 6’2 senior point guard Gary Correia from Northfield Mount Hermon. The Playaz, paced by 5’10 point guard Jannzy Crews from Springfield Commerce High School, 6’4 wing Jamal Turner from Thayer Academy, and 6’7 power forward Andrew McCarthy from BB&N, overcame a double digit deficit to take a 4 point lead with one minute remaining in the game. On the Hawks next offensive possession 6’5 shooting guard David Rufful put the ball on the floor one time before stepping back behind the three-point line to drain the very tough shot cutting the Playaz’ lead to one. After getting a stop on the defensive end the Hawks came down the floor looking for the lead when 6’4 sophomore guard Mike Marra (pictured) from Smithfield HS was able to free himself for another shot behind the arc that dropped through the net to give the Hawks a 2 point lead that they wouldn’t again surrender. Overall, it was a very competitive and exciting game that left onlookers impressed with booth teams and especially both point guards. Correia displayed his terrific outside shot and solid game off the dribble to show why he will be running the point for some mid-major program at this time next year. Crews is super quick with an explosive first step and was getting into the lane at will throughout the entire game.

Earlier in the day the Hawks opened against Concord Thunder from New Hampshire. Although the Thunder were unable to keep up with Hawks, two of their players were able to make quite a showing. Josh Last a 6’4 senior point guard from Manchester Central High School and Jon Pike a 6’4 senior forward from Exeter High School both looked like scholarship level players. Last, the better of the two prospects, is a skilled lead guard with good size who was able to get into the lane and score throughout the day. Pike is a very active and athletic player who scored on the block, put the ball on the floor, and even made a few long range jump shots. Sam Martin a 6’2 sophomore point guard from Worcester Academy was particularly impressive for the Hawks in their first win of the day.

The Connecticut Young Gunz breezed through their first game of the day and were set for a night showdown with the New England Playaz. The squad was led by B.J. Monteiro a 6’5 junior guard from Crosby High School, 6’6 senior guard Mike Myers-Keitt from Fairfield Prep, and 6’7 senior forward Jeron Belin who continued to impress after a solid performance at the CT Top 50 Invitational Clinic last week.

With Tim Abromaitis on an official visit to Northwestern, Connecticut Gold was missing their leading scorer and best player on Saturday. But that didn’t stop them from winning their second game of the day behind the solid play of 6’2 senior guard Michael Auriemma from East Catholic High School, 6’0 senior guard Mike Rhodes also from East Catholic High School, 6’9 junior center Greg Mangano from Notre Dame-West Haven, and 6’11 junior center Ryan Olander from E.O. Smith High School.

In the 16 and under division it appears as if the New England Playaz and the Connecticut Basketball Club may be on a crash course for each other in Sunday’s final. The Playaz are led by 5’11 freshman point guard Nadir Tharpe from St. Peter Marian High School while 6’4 junior guard David Gibbs set the pace for CBC.

The tournament will conclude on Sunday with elimination rounds and then championship games that will be played inside the Naismith Basketball Hall of Fame.