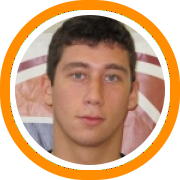 In a time where most exposure events focus on game play, Five Star Basketball Camp is sticking to it's roots, by focusing on teaching the fundamentals of the game. This past week at Springfield College, Five Star made it's Western Massachusetts debut with about 80 campers traveling from Spain, Japan, Arizona, along with New York and New England like you might expect. Five Star had two sets of four drill stations per day. Each individual station lasted twenty minutes. Needless to say, teaching of the game was the focus.

There were some local products that made the trip to Five Star. Here are a few who really shined throughout week:

Dan Brooks - Catholic Memorial - Brooks took home the Most Outstanding Player award at weeks end. He used his size and athleticism all week to get to the rim and finished plays off in the lane while taking a lot of contact throughout the week. Brooks also shot the ball from the mid range, and from behind the arc. In one game this week, Brooks entered the fourth quarter with his team down 18 points. Brooks put his team on his shoulders, hitting shot after shot, leading his team to the big win. Brooks made more than a couple highlights during the All Star game, most notably a cocked back two handed dunk on break.

Rene Castro - Beaver Country Day - Castro started the week out in the NCAA, but was brought up quickly after the tryout session. By weeks end, he had cemented claim to being one of the top players in camp, taking home a Team Championship, Playoff Most Outstanding Player Award, and the Most Promising Prospect Award. Castro shot the ball well for the week, but it was his defense and scoring in transition that put him above the rest. The 6' Guard broke down defenders off the dribble all week, virtually getting to the rim, or setting up teammates for easy buckets all week. Castro also made a strong case for All Star MVP dropping over 20 points in his sixteen minutes of action.

Ryan Mickiewicz - East Longmeadow - Mickiewicz filled it up from long range all week, hitting big shot, after big shot for his team. He also did a great job using shot fakes to get into the lane. Ryan used good ball pressure to create turnovers, and finished well in transition. He teamed up with Castro for the week, and took home a team title, along with the Mr. Station 13 award, which goes to the camper who is the hardest worker in the offensive focused Station 13.

Ramon Gibbons - The rising freshman from Boston penetrated well all week. His size and athleticism allowed him to finish at the basket at will. He also began to shoot the ball. He seemed to improve as the week went on. As he continues to mature as a player, look for Gibbons stock to continue to rise.

Ryan Rizzo - Milton Academy - Rizzo had a great week in the NCAA, and was moved up to the NBA for the finals due to an injury. Rizzo wasn't phased playing up, knocking down a big three in the third quarter to cement the lead and help his new team win the title.

James Bertier - East Longmeadow - Bertier shot the ball well all week and made a lot of tough plays to help his team win. Along with Mickiewicz at East Longmeadow, you can see why teams in Western Mass should be on the lookout for East Longmeadow this winter.

Ben Pollack - Farmington HS - The rising sophomore made a lot of great finishes down low. The 6'6" forward will need to work on his left as he continues to develop, as it was obvious he is more comfortable finishing on the right side of the hoop. His hard work was rewarded at week's end, with Pollack taking home the camp 6th Man Award.