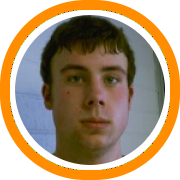 Nate Lubick was the primary drawing card for most of the high-majors.  The junior forward played well showing his patented two handed dunks in transition and three-point range on his jumper, while also coming up with a handful of emphatic blocks on the defensive end.  But truth be told, college coaches aren’t evaluating Lubick so much any more as they are recruiting him.  In fact, Lubick has already trimmed his list and ruled out a variety of high-major programs.

Lubick will once again team with Erik Murphy to form class C’s, and potentially the entire NEPSAC’s, most potent interior duo.  We had to give Murphy a lot of credit yesterday, because despite the fact that he committed to Florida last year and no one from the Gators staff was in the gym on Sunday (they had already visited earlier in the week), the 6’10” star didn’t reduce his work load at all and still went through the full day’s workout with his teammates.  We were also impressed by his physique as he has obviously been hitting the weight room hard in the last few months and now boasts much more mass and definition throughout his upper body.

Erik’s little brother Alex Murphy made his first public appearance with his St. Mark’s teammates.  It was only a year ago that Alex watched from the sideline as the likes of Roy Williams, Ben Howland, Mike Brey, Al Skinner, Paul Hewitt, Dave Leitao, Tom Crean, Al Skinner, and other high-major head coaches came to watch his big brother.  A year later and Alex now has the attention of those coaches.  But give the youngster credit because he wasn’t trying too hard to impress anyone yesterday and instead was just playing high percentage basketball – feeding the post and passing well while also knocking down three of his four attempts from behind the three-point line.  Alex wasn’t the only little brother to be productive on Sunday as his fellow freshman Eli Lubick made some shots as well as a variety of nice passes.

Melsahn Basabe is another player who has come a long ways in the last year.  It was tough for him to find consistent minutes on the St. Mark’s frontline last year behind Lubick, Murphy, and Peter Kaasila.  But this year it looks as if he will demand a more significant role as his physique and game have both grown by leaps and bounds.

Sunday was also a chance for St. Mark’s many talented seniors to show college coaches their stuff.  Point guard Dave Johnson, shooting guard Russell Braithwaite, combo-guard Jay Freeman, and Kaasila should each find themselves with a long list of would-be suitors at various levels of college basketball.

Sunday’s open gym showed us that the talent at St. Mark’s School is as good as it’s ever been, which is bad news for the rest of Class C.  With extraordinary talent and depth through their frontline along with one of the best backcourts in the league, St. Mark’s is once again the pre-season favorite to retain their title in Class C of the NEPSAC.