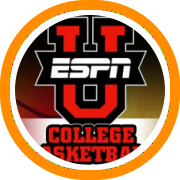 ESPN released their updated rankings on Thursday while also closing the door on 2012 and bringing the class of 2013 to the forefront with their debut in the ESPN 100.

New England’s rising senior class was represented by Vermont Academy big man Dominic Woodson who checked in at #57 on the list while Kuran Iverson made the list at #80.  A number of other local prospects are right on the cusp of the top 100 rankings as can be seen by the positional rankings as Wilbraham & Monson’s Jaylen Brantley (PG), Worcester Academy’s Rene Castro (SG), Vermont Academy’s Jamel Artis (SF), Northfield Mount Hermon’s Anthony Dallier (SF), Hotchkiss Kyle Washington and Austin Colbert (PF), and Tilton’s Goodluck Okonoboh (C) are all ranked within the top 50 at their position.

The 2014 class continues to stand out as New England’s most talented where New Hampton’s Noah Vonleh has solidified his status as a consensus top five player in the national class by earning the fourth overall ranking in the ESPN Super 60.  Tilton’s Wayne Selden is the top ranked shooting guard in the national class and 12th overall while Salisbury’s Chris McCullough was ranked 18th overall.  Two local guards also cracked the national rankings for the first time as Cushing Academy’s Kaleb Joseph and New Hampton’s Jared Terrell were both listed in the Super 60.

Tabor Academy big man Jarred Reuter was New England’s lone representative in the Terrific 25, marking the top 25 rising sophomores in the country.  The big man checks in at number 18 on the list, making his debut among the national rankings.