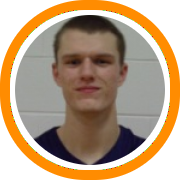 Quite often New Hampshire basketball doesn’t get the credit it deserves.  Because it is a relatively small state and in the northern region of New England, sometimes their best players can fly under the radar.  But as they showed at this weekend’s New England Elite 75 Showcase – Frosh/Soph Edition, there is quite a bit of young talent about to come up through the ranks.  Here is a look at those who caught our eye:

Kaleb Tarczewski, 6’10”, C, Stevens HS, 2011 – This was our first time seeing Tarczewski in person.  While he may not have made a big impact on the high school level yet, he has a huge upside.  He has a big body, long arms, and some clear skills.  Plus, whenever you see a young big man dunk in traffic you know he’s got potential.

Georges Niang, 6’5”, PF, Tilton School, 2011 – Niang had a tremendous day on Saturday, going through stretches where he dominated the competition.  He was just beasting people inside using his superior size and upper body strength.  But that wasn’t all, as he showed good footwork on the block and a nice skill set facing the basket.

Connor Green, 6’4”, F, Bedford HS, 2011 – He has the size to score and rebound in the paint, and the skills to step to the perimeter and make shots.  Most importantly, he just knows how to compete – going hard on every possession and always making his presence felt.

David Madol, 6’5”, F, Trinity HS, 2011 – Madol was extremely efficient throughout the course of the day.  In what seemed to be a norm for the New Hampshire big kids, Madol could not only get things done inside but also make plays on the perimeter, especially with his dribble drive game.

Sean McClung, 6’3”, G/F, Bishop Guertin HS, 2011 – A swingman with good size, McClung scored the ball at will on Saturday.  He showed a good stroke with legitimate three-point range, got to the rim, and finished well inside.  He also rebounded the ball well on both ends of the floor.

Mike Mitchell, 5’6”, PG, Milford HS, 2011 – Mitchell is still growing into his body but he already has plenty of game.  He is quick and very good with the ball so he has no problem getting in the lane and making plays.  He’s also a super tough little guy who gets after it on both ends of the court.

John Wickey, 6’6”, F/C, Manchester Central HS, 2011 – The big man is still pretty raw, but he has some clear potential.  He bangs and finishes in the paint, can step out to 12 feet and knock down open jumpers, and defends well.

Tarik Smith, 5’10”, PG, St. Paul’s, 2012 – The New York native is a newcomer to the region as he is currently a freshman at St. Paul’s School.  He is a dribble drive player with a good feel for the game.  He can create scoring chances for himself and others and make pretty good decisions while doing it.

Jared Fahmy, 6’6”, F, Bedford HS, 2011 – A forward who did his best work around the basket.  He showed a pretty smooth post game while also handling the ball and making some shots from the perimeter.

Zach Stevens, 6’1”, G/F, Trinity HS, 2011 – A pure shooter who lives and dies from behind the three-point line.  A true “specialist” in that when he’s open and has his feet set he is virtually automatic.

Steve Spirou, 6’2”, SF, Pelham HS, 2011 – In a showcase type setting lots of guys are only out for themselves, so when a player does all the little things without taking bad shots it catches our attention.  That guy was Spirou as he rebounded well, threw good outlet passes, and passed well in the half-court set.